I hope you enjoyed The Chicken Shit Blues papers, serialised over Twixmas for your delectation, delight, and a glimpse into mr ishmael's back story. In addition to his mordant wit, used here to  excoriate celebrity grief-fest, there's the story of our early days in Orkney, how we bought the manse (after looking at every house on the market,  a couple of hotels and raising the hopes of untold Orkney property-vendors), God's Plan for mr ishmael, the sad death of our dear little warm brown friend, His Imperial Majesty, Rocky Woo Smith, and mr ishmael's first steps into the holiday business, which, as you've read, plunged him into tour-guiding for ten Chinese students.
Don't forget - if you meet the Buddha on the Road, Kill him. (Buddhist koan by ninth-century Buddhist master Lin Chi, quoted by mr ishmael, who described himself as a Zen-Marxist-Presbyterian-Buddhist.)
The papers came to light during a recent attic clear-out by the New Zealand Chicken Shit Rancher to whom they were addressed, and were very kindly sent to me so that they could be transcribed and included in the archive. Some elements might even make it into the third anthology, Ishmael's Blues, which mr verge plans to launch in 2022. Chicken Shit Blues is not the earliest of the extant works, of course - an earlier body of material was the Me and My Swiss Army Knife stories; most of which are in my possession - but there are still a few out there, which we would love to locate; and then there's  Jailhouse Blues, even earlier material about the criminal justice system.
Much has happened this week which no doubt we will be addressing in these pages  - I'm particularly infuriated about the remand in custody, trial and verdict of Ghislaine - god knows what the sentencing will be like; but hey, it's New Year's Eve, the end of our pagan Winter Festival, 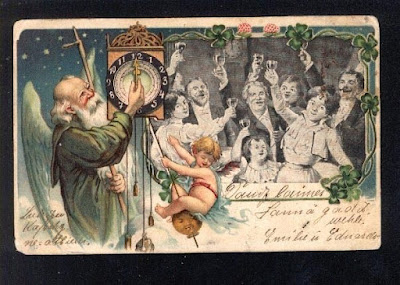 there's the old Year to slaughter and the baby Year to welcome, so let Andre Rieu celebrate for us with his inimitable vulgarity and may I wish a Happy New Year to all Ishmaelites everywhere.

My new year's greetings are on the last one but if satire died when Kissinger won the Nobel, have a look at the latest Knights. Dark, dark, hilarious times. I have forlornly told my children to get out of this shithole now.

Jesus fucking wept and then wept some more.

Lady Sir Tone, no less, mr BB, with a side-order of Crocodile Lil. Glory be. Do you think they get their garters from Victoria's Secret or Ann Summers?

I used to be a monarchist and proud of my English heritage. How wrong I was. I saw the light about 25 years ago, and the clarity has been more focused ever since. Ruritania has become a parody of itself - in fact, they are taking the piss. Funny for those of us not paying for its privileges. A bit more serious for you poor buggers held hostage.

I had wondered why Mr Tory Blather had not been given a gong all thee years. It is almost automatic for ex-PMs, and so the options were a) horror or b) some wretched, shivering, vestigial sliver of self-awareness in the bastard holding him back from acceptance. Wonder no more.

Happy New Year to us all. Let us that they let us out early for good behaviour.

Our next primemonster, Son of Satan, the Anti-Christ, sir tonee bliar. No lordship for ‘it’, a knighthood, so as to return to the commons.
They really are taking the piss, to award the highest honour Brenda can give to a liar, war criminal, thief, murderer and all round greedy fucking bastard, the ‘man’? responsible for all that’s wrong in society since 1997.
It’s gonna get worse before it gets better.
Wishing all fellow Ishmaelites a happy new year.