Millions of emotionally infantilised half-wits have taken to the Afterlife Internet, sending their condolences on his death - at eighty - to Aussie Chinwagger and Champion Gabshite, Clive James. 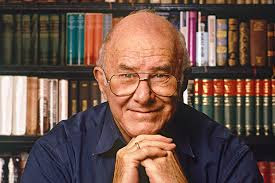 A member of Celebrity's Charmed Circle, James was known for his literary pretension and his sneering. That cultural giant, the Daily Mail, proclaimed that James  died surrounded by his friends and his books.  Me, personally, I can think of nothing, absolutely nothing worse than dying surrounded by others; fuck that for a game of soldiers. Still, no business like showbusiness.

Disappointingly, Lord Death and his Sergeants failed to simultaneously harvest the unspeakable antipodeans, 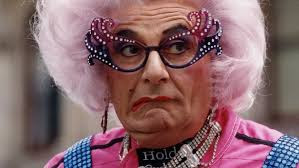 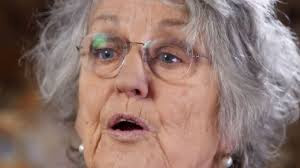 and that surviving ugly bloke bastard from the BeeGees, 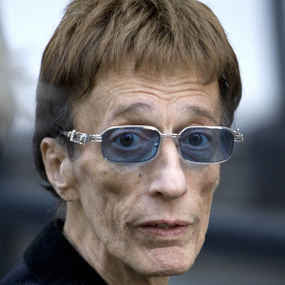 a woefully unappealing trio of falsetto warbling popsingers who somehow managed to escape their just transportation to Australia and then infest the radio waveband of Eternity with shrieking, agonising disco music.
Jive talking, they called it.

Another celebrity culled at only eighty was self-publicist and polymath, Dr Jonathan Miller. 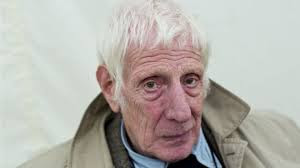 A current Radio 4 dramadoc series reveals that Johnny, despite his self acclaimed brilliance, was a casualty of the birthing wars of the National Theatre, a victim of towering thespian towering giant, the towering 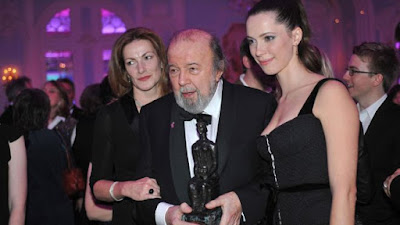 Sir Peter Hall and never really worked again, unless it was in the construction of toweringly facetious abstract sculpures.  One of those gifted men, Jonathan, could turn his hand to anything, badly.

My only knowledge of his work is his dismissive critique, still here, on my shelves, of  Marshal McLuhan's seminal Understanding Media, a work which resonates the louder with every passing decade. 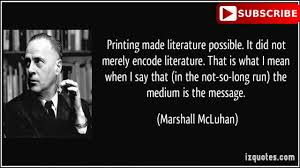 It was McLuhan who, in the '60's,  coined the phrase and thus the consciousness of  what is now the everydayism of the Global Village. McLuhan's perspicacious understanding of what we now call media, what he properly saw as extensions of self, foreshadowed the corrosive and all-consuming juggernaut of social media, McLuhan declaring that in an age of electronic media, minority groups could no longer be suppressed; his aphorism that individual consciousness is an evolutionary dead end is vividly accentuated as billions upon billions grasp futilely  for  roast-beef-dinners, i-things, dish washers and BMWs. Miller, an airhead dilettante, dismissed McLuhan's insights and prophecies as the ramblings of a provincial Canadian academic. No tears, here, therefore, in Ishmaelia, for the passing of another lucky Oxbridge dunderhead.


In other Dead News, celebrity shit-peddlars are aghast at the death of Sir Gary Sugar. 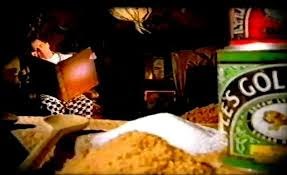 Gazza, for a long time the public face of the British Sugar Corporation, entreated children and their parents to stuff their faces with his patron's product, never troubling his rock-star head with thoughts about obesity, heart disease and Type 2 diabetes, conditions which he enthusiastically promoted, the cunt. 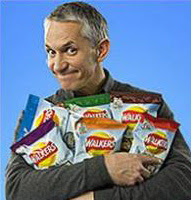 said that he was totally and absolutely gutted by the death of his old mate, Gazza.
I mean, I sell greasy, salty and entirely unhealthy products to generations of children. The BBC only pays me a million and a half pounds per year to talk shit about football. How'm I supposed to make ends meet if I don't earn a crust from poisoning the little ones?
And so it was with Gary Rhodes, selling poison to children. 'Snot like he was a drug dealer or anything, is it?
Posted by call me ishmael at 21:31 200 comments:

THE PAEDO FRATERNITY, A MATTER OF HONOUR.

I am travelling at present, en route to the Royal Brompton hospital for a private consultation and talking of royal have just watched  Prince Brian's half-brother make an even bigger cunt of himself than he was hitherto perceived to be. I have paid for this oily, pampered bullyboy buffoon to receive the best education that my money can buy, yet here he is, aided, counselled, shepherded, lawyered-up and bowed-down to  and the worthless, bloated ponce can't frame a sentence in English; he can weave a garland of barrowboy cliches, an extended clunking solecism of The Reason Whys and fire a twenty one gun salute of Don't you know who I ams? but he is thicker, even, than his half-nephew, the whining, ginger git playboy, Harry Fuckwit Hooligan.

Cloaking his paedophilia in some bizarre, underworld chivalric code, Prince Shithead sighs that if he has a fault - and it is a big if - it is that he is too honourable; he must be the stupidest individual ever granted so much airtime by the nation's spiritual paedophile home, the BBC and if Jerry Corbyn had an ounce of courage he would be calling for a national referendum  not on Brexit which we have already held but on Republicanism; funny how he's all for it when sought by Irish mass murderers and torturers and butchers but keeps his  powder dry while the wicked, old crow, Brenda and her vast, parasitic House of Ruritania shits in our faces and those of trafficked youth, everywhere. If the degenerate, corrupt, inbred Windsors are maintained in luxury we must hold to account not the Tories,whose colours are known to be nailed to Aristocracy's greedy mast but the simpering, cowardly duplicitous vermin currently cladding itself in Equality's tattered robes.

Fuck free broadband, Jerry, you are bowing the knee to deeply institutionalised child sex abuse; grow some, you weaselly little shit.
Posted by call me ishmael at 20:44 51 comments: 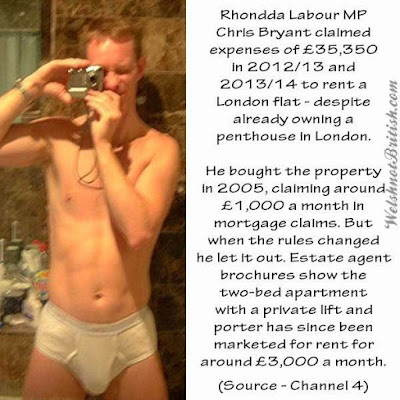 or the truly ghastly Harriet Soursister. 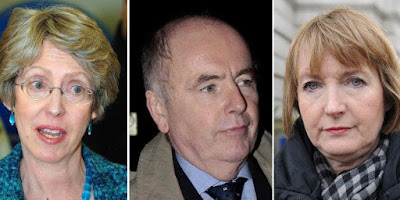 No, no paedophiles are oppresssed and we need to protect them and their lifestyle choices.

Harry and  Patsy Leatherface, Blair's crooked health secretary, back in the day were proper fag hags, only with paedophiles instead of homosexuals.

Shouty exhibitionistic homosexuals will be sobbing in their amyl nitrate at former vicar, Bryant's, failure to formally confirm the House of Commons as LGBT Central.
Paedophiles  will be outraged that their former champion and Labour aristocrat Harriet Harman was denied what she thought hers by right.

I am sure Lindsay Hoyle is as big a cunt as all the other  MPs, stooges, hacks  and troughers - how could he not be? - but at least he's not either of the above.

editor's note : long ago I was sacked for defending gay rights  before it was even a term, before it was fashionsbla and afe to do so but I'd piss on Chris Bryant not because he's gay just becasue he's a crook hiding behind where he puts his cock.
Posted by call me ishmael at 00:48 55 comments:

I heard this in Gloucester Cathedral a few  weeks ago,  no band,
just the choir and a stonemad  organist, by God, it rocked.

Haydn, of course was seven hundred years after the building of these cathedrals and if the walls had ears then after plainsong and Tallis and Byrd this would've sounded like the druggy doggerel of Sergeant Pepper's Lonely Hearts Club Band; no matter, it is brash but exhilarating and what more do we want?

Sorry, again, about my absence, friends. What they thought was heart trouble is something much worse, from which there is neither recovery or relief - and just when we had finally bought a Mercedes S class limo, to tour the cathedrals of gay England. We managed Gloucester and Hereford and might yet manage a couple more.

On top of that we had visitors, people I have known forever but whose Remainerism I found insulting, I think unforgivably so, graceless and fascistic; four generations of public sector workers, happy to  condemn as stupid the very people who have paid for theirs, their parents', their children's and now their grandchildren's training, careers and pensions; even if there was time they would never darken my door again; together with the illness it made for a shocking time.

Sorry, anyway. I will try to clear that lunatic from the last post and to review events post-Mr Tiny Speaker.
Posted by call me ishmael at 23:42 49 comments: