This is the story of the Tranny who came to tea.

Once there was a little girl and her name was Sophie.
Sophie and her Mummy were in the kitchen when there came a  very loud knock on the front door.
I wonder who that can be, thought Sophie;
it can't be Daddy because he has his own key and would just come in.
It might be the man from Amazon.
But usually he just leaves the parcels in the rain, to get damaged.
And it can't be the au-pair, because Mummy sacked her for in-in-in-a-something behaviour with Daddy, inappropriate, that's it.
I wonder, thought Sophie, who can it be?
And so Sophie went to the front door and standing there was a great big hairy, ridiculous,  perfumed, made-up Tranny.
Well, thought Sophie, this must be one of those great big hairy Trannies which Radio Four says I must respect and look up to; I'd better invite him in.
Do come in, sir, she said, politely.

Oh, but Sophie darling, said Mummy, he's not a he, he's a she.
I mean she's a she, even though she looks like a he.

But you're not a girl, hissed Sophie, somewhat Trans-incorrectly, you're a man.

No, darling, said Mummy, that's very Transphobic of you.

Very naughty, very very naughty, said Mummy sternly.
And if you don't immediately apologise to the nice gentleman, I mean lady, you will go and sit on the Naughty Step, until you learn some manners.

But Mummy, said Sophie, he's a big ugly man, anyone can see, he has stubble, and an Adam's thingy, and he's wearing a wig and his hands're all rough and his feet are too big and he's just perfectly horrid.

I am so terribly sorry, sir, I mean madam, said Sophie's Mummy to the apparition at the door.

Thassalright, luv, said the big, hairy Tranny, only I cooden 'alf manage a cup a tea, an a siddahn, me plates're fuckin' killin' me.

Plates? Said Sophie.
What does he mean, Mummy, plates, his plates're killing him?

Never mind, I think we understand, said Sophie's Mummy interrupting.
What the gentleman means, darling, is that his feet are hurting.

But you said he was a lady, said Sophie, somewhat mystified.

Well, of course he's a lady,  don't be so difficult. I mean, of course she's a lady. And a lady in distress. And we must all do what we can to help, we are all women together.

Gawblessya, Mrs, an' I fink the problem's these fackin' six-inch stilletos, fair cripplin' me, they are. You int gorra paira flatties I could borrow, 'ave yer, luv? Worracould try-on?  Jus' till I sort meself aht?

And after he'd left, Sophie and her Mummy tidied-up and then went online to Amazon where they  bought some larger sizes of underwear and replenished all of Mummy's perfumes and make-up. Just in case the great big  hairy Tranny ever called again.
But he never did.

A few days later, though, a social worker called and took Sophie into care and the police arrested Sophie's parents and charged them with raising a child contrary to the provisions of the
(Protection of) TransGender LorryDrivers Act, 2016, commonly known as the Dave'sRight2BeSusan Law.
Sophie was adopted by a gay couple, under the Sir Elton John HeteroBashing Act and her former Mummy and Daddy went to a Transphobics' Correction Prison for a very, very long time.
And serve them right.

Night-night, children.
Posted by call me ishmael at 14:03 25 comments:


The Great Folk Music Scare of the nineteen-sixties came,
in the end, to nothing;
little Paul Simon 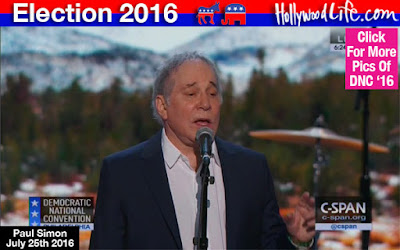 now cheerleads for the ghastly Clinton; 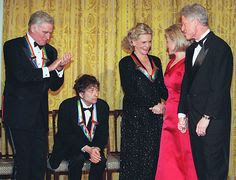 is happiest having medals hung on him 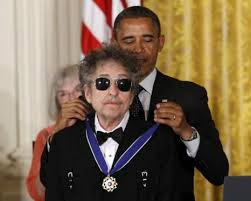 I guess it's the new protest song, Last Night I had me my Dinner with the President and Some of my Accountants and Lawyers, babe.
Many of those people who adapted the ballads of the poor, charging royalties for them,  are now filthy rich, part of the very Corporate Larceny against which they railed, kinda, in song.

Maestro Cooder, though, has never disappointed, musically or socially. 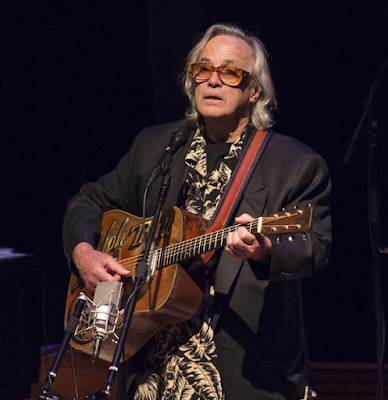 This song is from his 2012 album of protest, Election Special, and although it was written with Mitt Romney and the Republicans in mind it forms an equally sweet soundtrack to the  campaign of the billionaire, redneck, racist, capital punishment-happy Clintons.
I always wonder why it is that, in America, None Of The Above has never caught on, that to be appalled by Trump means you have to vote for Clinton, or vice versa, but maybe, just maybe,  our rejectionist vote -  for Brexit -  is stiffening non-conformist sinews everywhere.

Divide and rule, that’s always been their plan
We’re in trouble again but this time we’ve got friends
So I’ll keep walkin’ if it takes all night
A-hopin’ we gonna make things right
I’m lookin’ for the Wall Street part of town
They believe that evil deeds would never fail
They had a-you and me swinging by the tail
But look who’s swinging now, what’s that sound I hear
A mighty wind whistling past their ears
So I…
--------------------

Here are just some of the luminaries supporting Wall Street, supporting one criminal family over another;
I mean, who can lose, with Elton John on their side? 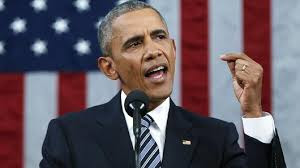 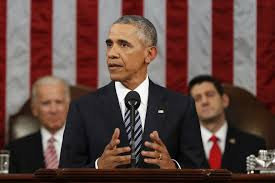 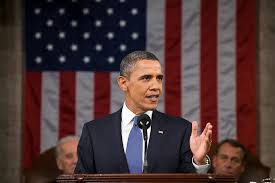 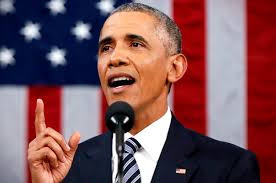 Of this great  motherfucking way of life. 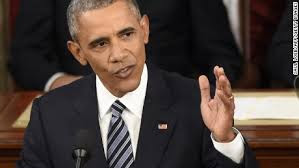 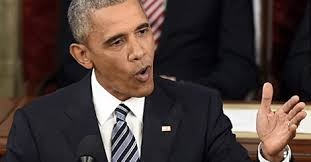 That they have discovered. 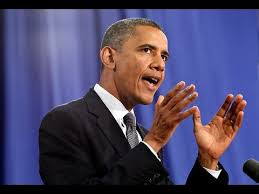 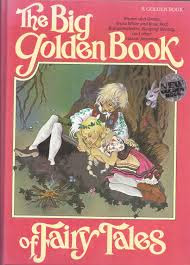 To the collapse.
Of World Teade Centre Building Seven.

Only the Russians. Have the means.

To make buildings fall down. 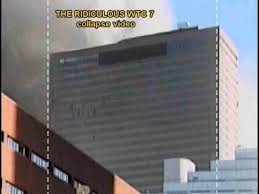 In their own footprint.

The tax records.
Of all those Enron friends.
Of my distinguished predecessor.
My friend
And your great public servant. 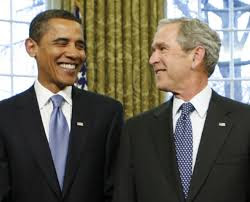 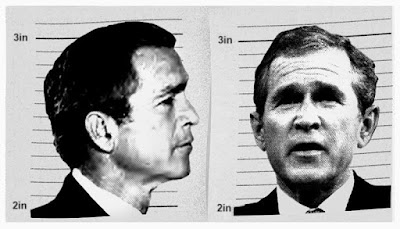 And that is why.

Wossat?
The Twin Towers?
No, that was still Saddam Hussein.
Did that shit.
Yes, on the same day.
As the Russians.
Were bombing WTC7.
America's enemies.
Are mean sonsafuckingbitches.
They do.
All kindsa fuckin' shit.
People like Donald Trump. 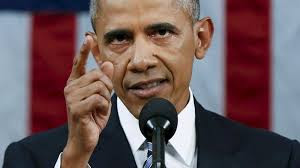 Yes, and that's why we must all vote.
For President-elect Hillary Trousers.
Doesn't matter that my party has behaved in a thoroughly disgraceful and unconstitutional and probably illegal way towards Mr Bernie Stalin.
What matters is that the Russians told y'all about it.
So, obviously, it's like it never happened.
In fact it didn't.
So that's all the more reason to support the criminals in the DNC.
And all the more reason to vote for the criminal Hillary Trousers.
Especially seein' as how she stole the nomination.
Otherwise, there'll be notnin' but lies and corruption
And innocent people.
Being blown to fuckin' pieces.
Just like we always do.
(Band plays, crowd cheers and  wets itself in happy stupidity,
by the dawn's early light)

That was Persident TeaBoy, there for us, on the Six o'clock News. confirming  that President Hillary Trousers not only will but should become the next  Wall Street Tea Boy; indeed, that she simply must. And who could argue with him?
Not me, anyway, more'n my job's worth, disagreeing with management.

In other stories, a distinguished aristocrat has defended his son and political heir, 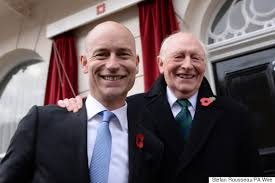 Father and son.
Steve Kinnock, a mucus-drip off the old turd.

demanding the death of a blogger who criticised
Stephen "Cunt" Kinnock, saying that he had misled Welsh voters about the privileged education given Lord Windbag-StickyFingers' grand-daughter, 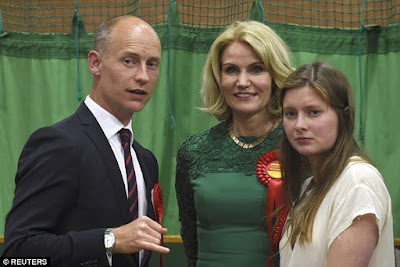 Speaking over a free, superior luncheon in the luxurious House of Lords restaurant,
the grubby arsehole formerly known as Neil Kinnock pontificated: 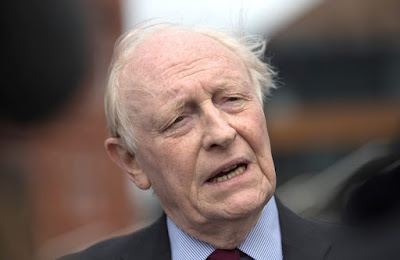 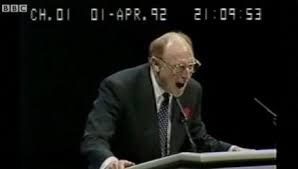 the very least, the most miniscule reward we are due, for me single-handedly losing two general elections, both of which could have been won  by a fence-post.

And never mind Steven being an MP, he should be King, after everything his mother and I have done for this country. 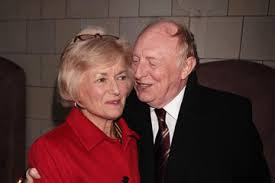 I mean the noble Lady Glenys has striven to rob the country blind, as, in my humble,  self-effacing and dignified fashion have  my noble I.
We have both, both of us, mind, not just one of us, both of us have worked ourselves almost into an early grave in order to maintain the attack on working people, disabled people, sick people and old people. 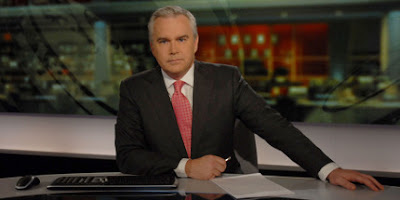 Well there's the world at six o'clock.
Do as you're fucking told by your betters.
Pay your license fee and be grateful that so many good people are doint their best for you.
Stay tuned for  that LGBT baking show.
The one with the dead old lady, the fairy, the dyke and the Swiss Roll.

Mrs Askey is sniffing farts and exchanging Blimpish cliches with some Eyetie, about values and stuff, like she had a fucking clue what a valuie was, other than in a share price.
There'll be another Hillary Clinton party politcal broadcast throughout Newsnight, later.
And Evan Davies will be examning in depth just how wonderful President Spunky Bill is.
No, really.
Don't blame me,
I only read this shit out.

You can check on our website on the story of why Labour is taking its National Executive to Court, barring its members from voting and shoving-up another fucking windbag to preach at people about what they already know,
and why the PBC is supporting him exclusively and entheusisastically, whoever he is.
Owen somebody, isn't it?
Fuck me, viewers, these Labour filth, they really give Wales a bad name, don't they?
Posted by call me ishmael at 14:46 41 comments: