A FAREWELL TO ARMS.

Mr Ishmael began this farewell post in the last days of his life, but was unable to complete it. Here are his last words:

I remember, long ago, writing a stanislav piece on order-order. A while later there was a response from a guy in Australia, saying he'd laughed so much his wife had had to call him a fucking ambulance; there were many such responses and I thought to myself, What a fine thing is this Internet, how sweet, to make strangers laugh until collapse, half a world away.

His was a voice which came and then went, stanislav's; while Snotty Brown and his ruinous crew were wicked and insane they lent themselves to satire and lampoonery, they still do; the arrival, however, of Dave the PigFucker, the Zombie, Osborne  and Nick Clegg cast a darker, humourless shadow on the public discourse, the burning of the wheelchairs and the closing of the libraries wasn't remotely funny and in any event stanislav had left, never to return; these commentaries, in which so many have kindly participated, succeeded his -what? - his antic disposition, maybe,  with a more sober, albeit splenetic and irreverent tenor. 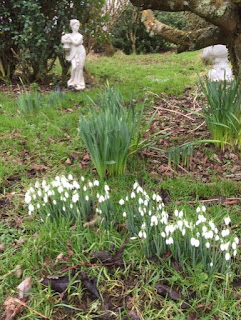 Mr Ishmael worked on this Christmas post, but was unable to complete it as his strength was failing. He had intended it to be much longer and more lavishly illustrated. Incomplete as it is, I thought you would like to see it - Mrs Ishmael 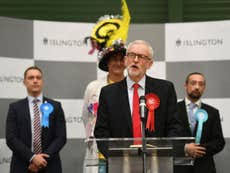 Friends, comrades and fellow freedom fighters of Islington;
firstly, on this night of class betrayal, let me proclaim our undying loyalty to the Provisional IRA
and its principled campaign of killing innocent men, women and children
both in the illegitimately divided Irish Socialist Republic and in the so-called United Kingdom. 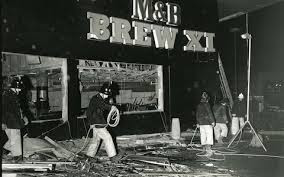 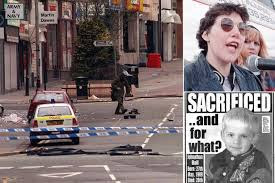 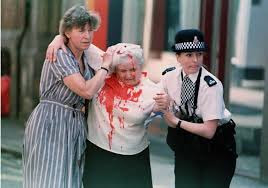 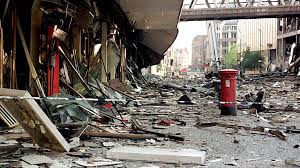 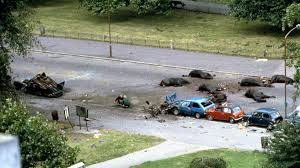 And memorably in Hyde Park.

Comrades,
who among us,
virtuous vegetarians all,
can forget the sight of those ghastly, imperialistic war horses so nobly slain by our bold, Irish comrades? 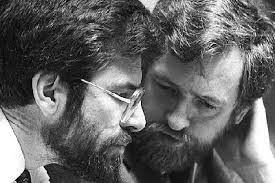 Having said that I stand before you tonight triumphant but betrayed,  betrayed by those who, for all of my political life, I have helped keep in poverty.
It is only by their eternal impoverishment that they realise the importance of a Labour party pledged tooth and nail to keep them there!
And of course to submit to their communities, shops and 'pubs being blown up for the greater good should Comrade Adams decide that he really doesn't like Brexit. 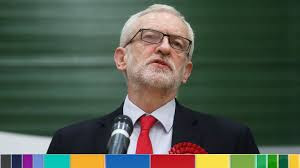 It is only, comrades, by our confiscation of trade union  and Labour party subs that senior party comrades, such as Brother McGoebbels, 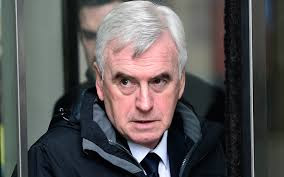 my joint-architect of tonight's landslide victory, owns multiple homes and boats;
that Comrade and Sister, 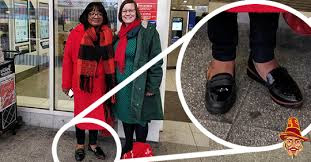 was able to send her only begotten son, James  - and we promise to support him in his righteous struggle against the Johnsonian police who have complained about him biting them -  to a private school, far from the filth of her own constituency, as well she might. And comrades, we need not remind ourselves that any criticism of Sister  Di  is both racist and sexist as well as being innumeratistic; arithmetic, like gender, is fluid and Comrade Di's adding-up, just because it doesn't is no less valid for being wrong.

And Comrades, even though I have strained Truth's every sinew, headbutted Virtue's every appearance and kicked Honesty down the gutter in pursuit of tonight's historic victory I am not ready to rest on my laurels, no, I shall draw on my vast expertise and shepherd you, my people and party, to the sunny uplands  of gloriously miserable, powerless opposition and eventual oblivion.


That achievable democratic socialism, equality of opportunity, fairer education and dignity in old age now sleep, homeless, on the streets is not the fault of the electorate or of the braying, blue-collar Tories or even the risibly obnoxious LibDems, it is entirely the fault of Jeremy Corbyn, the man who made a proper cult of himself;
that we have just awarded him another half-million pounds over another five years is endearingly British; in one of his favoured republics he'd be Up against the Wall, motherfucker.
There is no Reset button, no putrid Islington millionaire, no Northern retarded adolescent will  re-form a Labour movement, that dog has been whipped and ran off; all that remains is succession fodder for discredited, redundant and irrelevant journalism, worse even than when nobody could give a fuck who inherited Gordon Brown's sticky Crown of Snot. The Old Guard will cling to their rusty bayonets, Polly Toynbee fighting for the poor from her home in Majorca, Toilets Maguire dribbling n skymadeupnewsandfilth, united only in their greed and their loathing for the working class  but nobody, least of all the working class gives a fuck about Emily Pissface  or Becky LongChops.
The party, long since clause-four neutered by Blair and Mandelstein and Campbell is over

Good evening.
I'm Jon Sox.
Of the US Democrat party
or the Hillarycrats,
as we prefer to call ourselves.
And this is what we call Channel Four News.
The channel funded by you so me and Krish Sweat, Matt Fat and the bimbo, Wotsername,  can air our prejudices.

And as we all reel from the shame of our own so-called general election, one in which tripe-eating, unsophisticated,  gender-specific Notherners defied their Metropolitan betters and voted against their betters' interests, we at least have some amazing news from Washington.
Yes, tonight, I can exclusively reveal that a much younger Donald Trump conspired with a much, much younger Vladimir Putin to assassinate  the greatest ever Hillarycrat statesman,
President John FitzFuck'em Kennedy.
That's right, Channel Four can reveal that it was not Lee Harvey Oswald who killed Democracy's one true Messiah but Donald Trump, now masquerading as President  of our great nation.
And yes, viewers, Channel Four, or actually the taxpayer, will be chartering a LearJet to fly me to Washington, where, I can dribble in front  of the Capitol for you but for now we are joined by former British Democrat Prime Minister, Gordon  Snot.
Snotty, what's your reaction.

Well, Jon, it is the right thing for the nation and indeed  for the universe, which I have previously saved from Socialism that I deliver the sol-you-shun 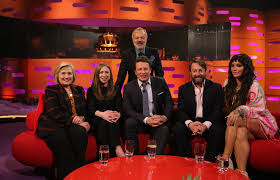 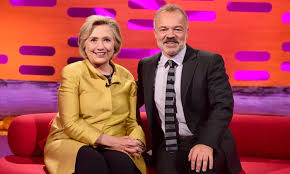 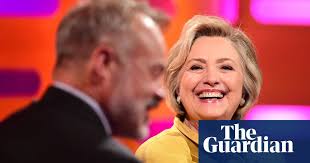 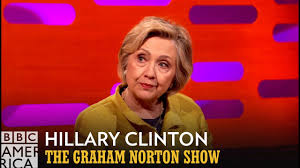