FURTHER ON UP THE ROAD. CRY BABY CRY, MAKE YOUR MOTHER FIST, I MEAN SIGH

ANDY McFUCKUP DOES WHAT HE DOES BEST. 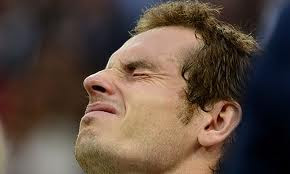 MUTANT, RETARD, IMBECILE MOMMA'SBOY.
BRITAIN'S LATEST HERO.
THE ONLY TWENTY-FIVE YEAR OLD IN THE WORLD WHOSE MUMMY GOES TO WORK WITH HIM 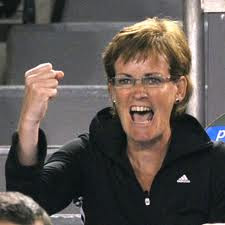 DEPRIVED OF AN OPPORTUNITY TO GRANDSTAND, MEDIAMINSTER FILTHSTERS SLINK AWAY. 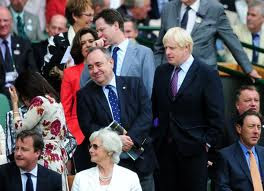 Well then we all  leg it, sharpish.

What about Nick and wotsername, his Dago bint, behind us?

Fuck 'em,  let him answer the press questions, he loves it, prat.

And that Roger Federer, first thing he does, very first thing, after winning some record number of titles and one-point-one million pounds for a fortnight's work, first thing he does is root around in his kitbag for his hundred-carat gold Rolex wristwatch and slip it on, just right there, for all the world to see; didn't want to actually play tennis wearing it, mind, but Fuck me, Jesus, 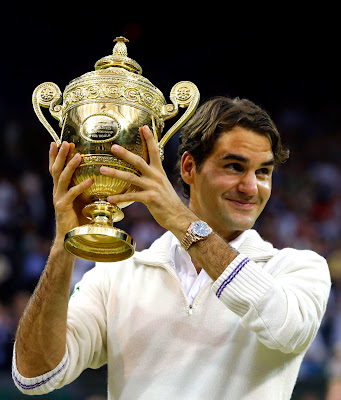 the very second the tennis is over he just has to get that vulgar piece of shit  right back on his arm. There's Rolex DeepSpace, Hadron Collider, Quantum physical, precise-unto-infinity, uranium powered atomic clocks all over the fucking tennis courts and Roger just has to get his watch out, too, bless.  Corporate slimeballs all of them, cunts, tainting the whole world with their greed and corruption and hypocrisy. 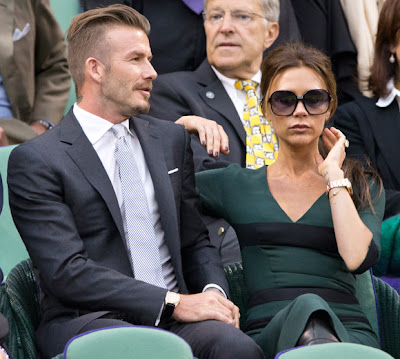 Sir David Beckham, Britain's illiterate, gibbering, nincompoop Sporting Ambassador - only not to Ms Loos, not any more - sports his latest beard. And some neat facial hair.

But on this greatest of great days, when a moron won the day for Britain by having his arse kicked around the court, good and proper, and then whinging his stupid face off, true royalty was represented by Princess Waitress of Cambridge and her sister,  the one with the arse, apparently. 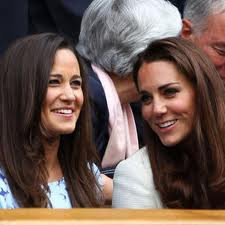 Well, you'd laugh too, if you were them;  free clothes, free seats, free everything. The future Queen Gormless and her sister reflect on the burdens of monarchy and on how you fool most of the people, most of the time. Jubilee, Wimbledon and the Olympics, almost an entire year of posturing, rancid celebrity; who, so blessed, needs a health service?