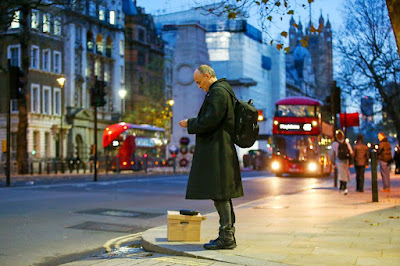 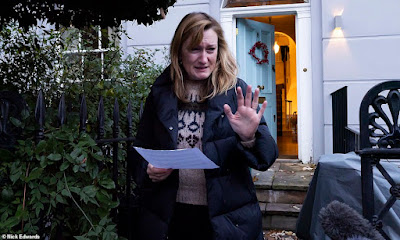 Due to unfortunate and unforeseen circumstances a vacancy has arisen.

Sad really. In my day dealing with senior Govt officials I don't remember the civil servants being dressed so scruffily. Slightly frightening piece in the Spectator from Peston about the "drinking at the desk" culture in No 10.

It's all just a bit shabby, isn't it? But is this it? Is this all you have, Saruman? We are half a sentence away from a sensible and proportionate defence. "The record is full, after these two years of toil, of all of us falling short from time to time. I know that the Rt Hon gentleman likes nitpicking. Indeed, some might say that he was born to pick nits but the priority of Her Majesty's Government is getting the nation back on its feet... [blah]".

Mr verge: to my eye that was a perfectly legal shoulder charge. No need for a yellow card.

What is happening surely is that "the government" is taking back control in countries all around the place which had started getting too big for their boots.

Trump's USA, Brexit's Britain are just the two most obvious. Here Brexit is killing the one who delivered it - as I have often said here - and TPTB are trying to do it before Frost kicks the ECJ into touch with the NI border. Then Brexit would be accomplished. They are soiling themselves and getting twitchy. Let's let Boris finish his work and then he can get back to earning enough dosh to raise all those kids.

Surely Boris' motivations and his vicious kicking back in order to retain his personal power are now as transparent to the British electorate as cool, clear water. His stiff, dead fingers will have to be prised from the levers of government, I fear. Is there a sensible, credible politician in the Conservative Party? I hear Liz Truss has her following, but she's been threatening Putin, which is just silly.
Starmer might make a welcome change - ok, he's not terribly nifty and will now be forever known as Captain Hindsight if the fertile Daddy Pig has anything to do with it, but he is steady and reassuring and seems to have avoided any whiff of scandal. But first,the Great British Public will have to forgive the Labour Party and overcome their fascination with watching the Pig Party unashamedly troughing it, filling their boots and laughing at us.

Amen to that, mr mike. A gold star would be more like it. Top of the class.

Did you know, btw, that England fans watching the ashes on BT Sport have to take it with the Australian commentary feed? (This according to the Daily T-Graph, anyway. Mr mongoose will be able to confirm.)

Its been hard enough, mr verge, watching the cricket never mind listening to the commentary. Its the same with all sports when the Aussies are playing - totally biassed. I particularly can't stand Warnie. A bit of an insult for the Poms having to listen as well.

Shockingly bad commentary, lads, truly appalling. The unfortunate thing about God's Own Game is that it has to have cricketers in it. They are terribly lumpen lads when they get together. That explains almost everything about the YorksCCC fiasco BTW.

I don't think, mrs i, that Boris is one of those power-crazed politician types. I think he gets bored - bored with the boring truth, bored with his women, and bored with his jobs. It is all just a Westminster media storm. That is not to say that they won't do for him using it though.

It's a deadly thing, boredom, Mr Mongoose and you have rumbled Johnson. He's almost as clever as he thinks he is which makes him behave randomly and appallingly. Anything but the boredom and the awareness that he can never be quite the thing.

given that those best informed about sars-cov-2 have - both in ten downing street and the department of health - consistently chosen to flout lockdown-rules with sniggering abandon, may we now take it as official that the 'deadly pandemic' was in fact just a cynical political fraud?

following recent revelations of partying and snogging in high places, millions in the uk will finally begin to question the veracity of the government's crumbling 'covid'-narrative, and thus i'm sure that - much in the manner of an advent-calendar - the prime minister's days in power are now strictly numbered.

were these eminent members of the establishment all so completely stoked on cocaine that they actually imagined the whole pandemic?