As gale-force winds lashed the important part of the country the populace, as one, fell to its knees, thanking God that His Serene Highness, Prince Harry Ginger was safe from cocaine, I mean harm. 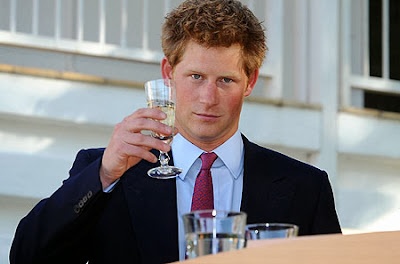 Writing in the Filth-O-Graph, which he used to edit, Sir Charles Moore-Of-The-Same-Old-Tosh, said,
He's quite ga-ga, you know,
poor man should be in a home, like me.
But not with me, fuck no.

Not since one completed one's landmark biography of the Blessed Baroness Margaret Thatcher has one felt such profound relief;  one's better, in every particular - in birth, breeding, demeanour and privilege - had been spared a tree falling on his noble Range Rover and damaging his serene person as he may or may not have been veering up and down Kensignton, off his most excellent royal face, not that he would.  My sources in the military, Field Marshal Lord Max Hastings, 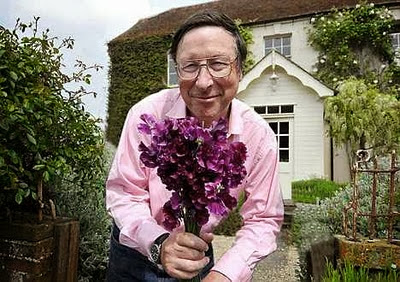 have assured me that heroes like his Highness are regularly dope-tested. As if.

That was Sir Charles Moore for us, there, expressing what I am sure is the national sentiment.  This is the PBC news at one, with me,  Kate Silvertits. 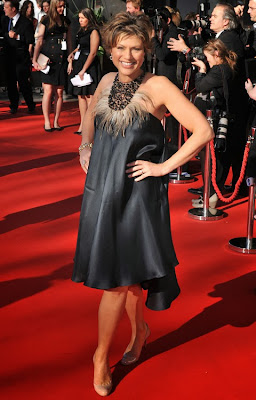 I just wanna be seen as a serious journalist.

And in other storm news it has emerged that up to two people have been killed and some people haven't been able to go to work,  gathering instead at rail and bus stations community-singing Nah nah nah nah-na-nah nah, nah-na-nah nah, He-ey Jude to mark the devastation caused by what has become known as Storm Jude, after the late Sir Paul McCartney, skinflint, narcissist and former Beatle, who continues to release records from beyond the grave. 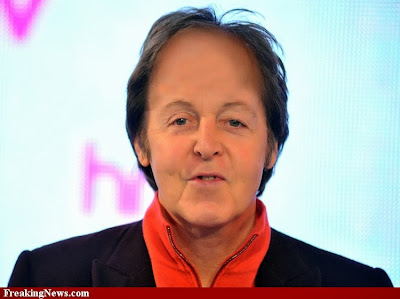 Up to some trees, possibly as many as a couple of hundred, have been blown over and as many as a whole third of one per cent of the population is without any electricty, French or Chinese, and power companies are saying that due to this shortfall in consumption, prices will have to go up again to ensure that the lights don't go out, the sea doesn't boil  and their shareholders are not short-changed by as much as a farthing. 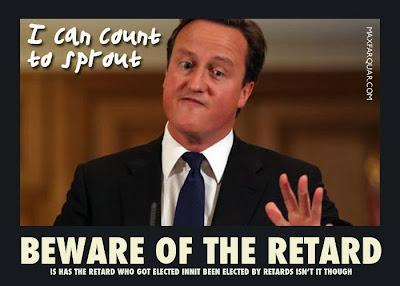 It is right, said unelected prime minister, Cameron, that wealth creators are proply protected, otherwise they will stop giving money to my party in perfectly understandable  gratitude for the favours we do them.

THE LOVELINESS OF BORIS
London Mayor, Boris Cock, said, Ho-ho-ho, Londoners are jolly well getting on with things, just as they jolly well oughter, you know, wearing those sequined thingys and eating up their plates of jellied eels and I cannot adequately express my admiration for them as they dash around my city, bicycletting in imitation of my good self or upon my jolly well fantasmogorical  omnibuses or is it omnibusi, fucked if I know, don't really speak latin, all a bit of a show, for avoiding tricky questions.  That Kate Silvertits, wouldnmind having her on my old bicycle-made-for-two, what?  cogito ergo shagum, that's what I say.  Chinese?  Taking over London?  Don't talk balderdashum.  That's the Russians.

And now over to our legal correspondent, Joshua RosenPhillips who is outside the Old Bailey for us.  Josh, how's the wife, Melanie, after being sacked by the Mail, Oh, sorry we are live on air, best leave the Hava-Nagilahs til later.  What can you tell us about proceedings there, at the Bailey?

SKANKY FLAME-HAIRED MONGRELESS UP BEFORE THE BEAK.
Well, Katie, she's pissed, is Melanie, but then she always is, silly cunt. THat's why they call her Mad Mel Phillips. And as for the trial of the year, Skanky Becky, her old man, Spiv Charlie; former Cameron bumboy, Coulson and absolutely shitloads of other Fleet Street filth are in the dock here on various, quite serious charges of filthing.  And it must be said that the two main accused are friends of wotsisname, that fucking idiot who thinks he's prime minister, thinks he's leader of the Tory Party.... y'know, the one who wanted to bomb Syria,  the one the Chinks wouldn allow in the door, that fatuous fucking imbecile, wossisname....???? |Cameron, that's it, another silly cunt. Well, people are saying that he, too, should be in the dock, having promised Murdoch the world, even agreeing to have arch-Murdochshite Coulson, living in the cupboard under the stairs at Downing Street, in exchange for Murdoch support at the election.  Funny, though, that even with the Dirty Digger onside he couldn't resoundingly beat the loathed Gordon Snot.  No, I think Cameron will have some serious questions to answer.  Not that I or anyone else in the PBC will be asking them.


(both) He's a lying, thieving piece of shit, and in my book that makes him the right man for the job. 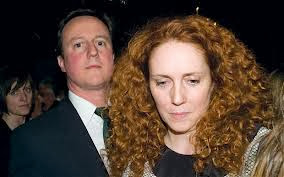 (both) He/she's a lying, thieving piece of shit and in my book that makes him/her, the right man/woman for the job.

A quick summary then, at the top of the hour.  PBC executives have got away with stealing millions of pounds, Lord Chris Patten is still at the helm, Prince Harry is as sober as a judge and some of the unelected prime minister's closest friends and aides are facing prison, unless Mr Murdoch has some shit on the judge, which he will have.  Silly bearded git, Paxman, salary one million pounds per annum, will be babbling over at Newsnight, later.

And now the weather, with Hazel Tits
Posted by call me ishmael at 18:14

Email ThisBlogThis!Share to TwitterShare to FacebookShare to Pinterest
Labels: PBC

Thanks for a good laugh at them all!

I don't think you missed anyone, apart, possibly,from the member for Dunblane.

I think you mean Lord George ArseFace, mr rupert, doncha, NATO warrior and befriender of childslayers; he'll never go on trial, the papers were sealed for seventy-five years, to protect his modesty.

Great place, Dunblane, Thomas Hamilton, George ArseFace AND Andy Murray and his hagmum; must be something in the water.

Been there, once, and the cemetery, where all the bairns and teachers lie has big fuck-off signs saying Nae Photographs tae be taken. It's understandable, in a way, but it's a public place and it's all a matter of public record - well apart from the bits that embarrass Robertson and the rest - and I find that proscription a bit, well, impertinent; not Gerry and Cilla impertinent but impertinent nonetheless. If they didn't want people to gawp at the tombstones they should have had cremations, innit?