Speaking from the top of his Civil Contingencies/for the use of tank,

Lt Col Rupert Golightly-Jockstrap, of the Queen's Own NancyBoys Regiment, the Military Commander of London said, There is a very real terrorist threat, here, in London, twelve million of them in fact and it is my proud duty  to keep the streets safe for govament limousines to sweep past, carrying people who are very important to the economic recovery of the armed forces and my children's school fees.  Is this martial law? Well, only in the sense that we will shoot people who complain about the govament.  As I said, there are at least twelve million people in London who think they have the right to, well, say anything, really.
Mr Phil  "Greedybastard" Hammond, MP, Minister for Internal Torture 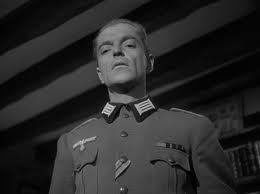 Philip Hammond was criticised in 2009 when it emerged during the MP expenses row that he claimed just £8 short of the maximum allowance for a second home in London from 2007 to 2008 even though he lived in the commuter belt town of Woking. As a result of the criticism Mr Hammond told his local paper that he would pay back any profit he makes on the future sale of his second home to the public purse.[7]
Mr Philip Hammond, the Junta's Obedience Minister, said, Now look, Kirsty, there are sixty million people in this country who might want to upset things for the not-law-abiding, not-tax-paying but nevertheless extremely important families who selflessly run things   and the Junta was elected by itself just to stop this very thing happening. Did I say selflessly, a slip of the tongue, of course I meant selfishly. 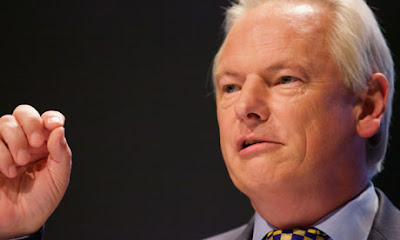 KILL THEM, KILL THEM ALL, HOW DARE THEY QUESTION MY EXPENSES?
Francis Maude, the shadow minister for the cabinet office, attempted to claim the mortgage interest on his family home in Sussex. This arrangement was rejected by the Fees Office. Two years later, Mr Maude bought a flat in London a few minutes walk from a house he already owned. He then rented out the other property and began claiming on the new flat: the taxpayer has since covered nearly £35,000 in mortgage interest payments
Mr Frankie Bouffant, minister for cabinet office fraud, above, said  I have been waiting all my life for this, and my father before me, him, too;  shooting people on the streets, it's what a true Tory lives for;  Winston, Margaret, it's what a truly great leader does, confront the people and kill them. Olympics, who gives a fuck about a load of nignogs runninmg around in circles?  No, this is proper law'n'order, at long last.
Posted by call me ishmael at 10:59

Well. the garrison can`t be there to deter suicide bombers, that hardly worked in Iraqistan. After Occupy, various demos in London and the riots the Junta has decreed no Peasants Revolt while the world`s gaze is upon us, especially when more economy shit hits the fan.

With the Olympics and the Diamond Jubilee 2012 is shaping up to be a vintage year for connoisseurs of bullshit and an ideal distraction. London will be revved up to its theme park best, cunts wandering round dressed as Pearly Kings and Beefeaters, Boris doing his Ealing comedy Mayor act and a sustained offensive against ' cynicism ' and ' talking Britain down ' from Juntaists. All the flummery and bullshit this all fur coat and no knickers country can manage.

The last few crackles of the bonfire before it goes out.

It will be a shitefest of the first order. Jeez, we'll win a couple of medals and the Cameroon will zap an election just before the More-stupid-than-my-brother Milligit gets sacked. He'll storm it. It'll be another generation before we get rid of the swine.

He'll have the Clegg on a leash and tog him up in a wee tartan coat like a proper poodle. He's already suckered him into dealing with the zombie nation which is Frogland while he deals with Reichsfuhrer Angela. (And, bloody hell, children, the day we are thinking about reducing the triple-A rating of a country such as France - well, we are fucked for sure.) It pains me to say it but Dave is running rings around them. Somebody in there is a clever bastard. It cannot, surely it cannot, be Osborne.

I thought Ollie Letwin was your eminence gris, mr m, non? The one who dumps his mail in St James's Park but is,, nevertheless,one of |Ruin's brighter dimwits.

I love that Pearly Kings and Queens stuff, mr yardarm - the poor, with their buttons and haberdashery aping the rich on their ermine and stolen diamonds, rubies and emeralds.

It will be bread and cirtcuses as you predict, unless mrs narcolept's bonfire rekindles and burns down the mission.

Well, quite, Mr I, and touché, as they say on Hampstead Heath. But the truth remains that he has trashed his domestic rivals, France is in flames and Angela is putting on her shortest skirt for her trip to London next week. When Obama is shafted next year, the Cameroonshit will be a fucking statesman no less. Letwin it probably isn't but someone is good at this gig.