mr ishmael prepared this for you on the 24th November 2013. It isn't  a song for just October, although it is The October Song by the Incredible String Band. It is from their debut album The Incredible String Band in 1966.
I'll sing you this October songOh, there is no song before itThe words and tune are none of my ownFor my joys and sorrows bore itBeside the seaThe brambly briars in the still of eveningBirds fly out behind the sunAnd with them I'll be leavingThe fallen leaves that jewel the groundThey know the art of dyingAnd leave with joy their glad gold heartsIn the scarlet shadows lyingWhen hunger calls my footsteps homeThe morning follows afterI swim the seas within my mindAnd the pine-trees laugh green laughterI used to search for happinessAnd I used to follow pleasureBut I found a door behind my mindAnd that's the greatest treasureFor rulers like to lay down lawsAnd rebels like to break themAnd the poor priests like to walk in chainsAnd God likes to forsake them
I met a man whose name was TimeAnd he said, "I must be going,"But just how long ago that wasI have no way of knowingSometimes I want to murder timeSometimes when my heart's achingBut mostly I just stroll alongThe path that he is taking. 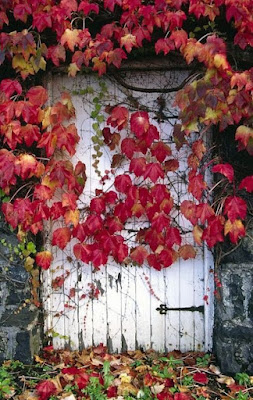 Beautiful last photo. Is that your outside Dunny, Mrs I? (just joking).

On an earlier thread I said Bojo would be gone by the Ides of March. I may have over-extended my projection? It seems he can't keep off the grog.

Thank you, mr mike.
I really did miss my career direction. When I was a youngling, recovering from A levels and undergraduate rigours, I thought that a career in the Civil Service would be a gloomy business. If only my careers adviser had told me that, au contraire, it is party central and that so indistinguishable is work from partying that the Prime Minister himself cannot tell the difference.
We must devoutly pray for our Prime Minister in this, his hour of need. We really don't want the Bloody Tories to throw him out and anoint Rishi Sunak in his stead - did you notice that Sunak was missing from the Prime Ministerial cluster during The Apology - distancing himself from the doomed and positioning himself as the Prime Minister in Waiting? No, let's hope they stay with Boris so that the electorate can throw the lot of them out come the next Election. We don't want Sunak to wriggle his way into making the Tories appear honest, incorruptible and devoted to the best interests of anyone other than their own class.
Talking of which, UK-based Ishmaelites - do please lobby your MP to oppose the Election Bill, approaching its final stages in Westminster next week. By restricting the vote to UK citizens holding Photo ID, it will effectively disenfranchise those who either have no access to the required verified photo ID or those who refuse to hold and carry photo ID as a matter of principle. It is estimated that this will disenfranchise approximately 2 million citizens, who would never consider voting Tory. Here's a link to a handy lobbying tool: https://www.unitetheunion.org/campaigns/stand-up-for-democracy-oppose-the-elections-bill/

Mrs I: John Major did the same when Maggie was de-fenestrated. Claimed he had to have a wisdom tooth out. I can't see the Tories voting for the boy Sunak. Too much racial prejudice. But then who else? Truss is an embarrassment.

We await developments with bated breath, mr mike. The narrative is getting increasingly preposterous. Now we are told that there has been a sinister agent of the CCP, Christine Lee, who has infiltrated Westminster to give large quantities of money to MPs. This dastardly behaviour has derailed the news caravan and distracted us from Boris and The Apology. Boris even has cause to be grateful to Brenda, whose stripping of the wayward son's honours, titles and military uniforms has also been dominating the news. What next?