The Thursday Special - Let's all Clap together...

And today is Thursday, so we are all clapping for the NHS, whose workers are all saints, angels and heroes. 'Twas not ever thus. Back in 2011, mr ishmael had some hard thoughts following the publication of  Care and compassion? Report of the Health Service Ombudsman on ten investigations into NHS care of older people https://www.ombudsman.org.uk/sites/default/files/2016-10/Care%20and%20Compassion.pdf

EMERGENCY, WARD TEN AND ELEVEN AND TWELVE AND THIRTEEN...


Hard to tell what an ombudsman is or does, they're like a gatekeeper, aren't they, ombudsfolk, but in a wheelchair. And blind and deaf. Good for fuck all.  There's only been one, to my knowledge, worth tuppence, Elisabeth Firkin, and she was swiftly ousted by the fuckpigs in the Commons for speaking the truth about their shenanigans. Only good ombudsman's a dead ombudsman, that sort of thing. The horrid Welsh cocksucker, Kinnock, and his gang persecuted some poor sod who'd blown the whistle on their thievery, EU Commission accounts queried by her remain unsigned-off, fifteen years on. So it'a bit of a surprise to hear that an NHS ombudsbiddy has fired a broadside at HMS National Treasure,  revealing  what most people know - that old people can be treated  very badly in the hospital deathcamps, we  have been saying it here for years, correspondence in the newspapers  has regularly raised the issue but nothing remedial seems to happen, few, if any of the culprits are ever prosecuted and the old, which we shall all become, with any luck, already often despised by greedy, resentful, impatient middle-aged children become a burdensome scandal. It is fucking diabolical that these things can happen, and entirely unsurprising.

WHAT THE PAPERS SAY, ALL YOU NEED IS READERS.
(2009)
You know how the dirty old men at - and who read - the Daily Telegraph delight in front-page 'photos of jailbait sixth-form girls bursting out of their blouses as they open their annually ever more superlative A-level results? 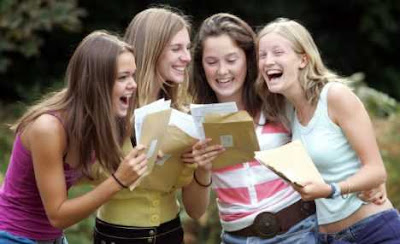 Well, the same earthy, populist editorial discernment is evident in current issues; not St Trinian's as such, more Merseybeat, as the Telegraph has an ongoing feature on the Fab Mopsters, John, Paul, George and the backward one, with the nose, and the rings. It's a heading on the Telegraph website "The Beatles," like "The Weather."

All the latest news on The Beatles, the release of their remastered albums and the careers of surviving members Sir Paul McCartney and Ringo Starr."

Latest news on The Beatles ? What's this, then, the graveyard blues?
Mr Neil McCormick, the 'paper's Rockumentarist and a personal friend of the gobby dwarf, Mr O'Bono, as well as being an eternal teenager, runs a blog which sometimes has fewer comments than this one and is busy re-reviewing the whole Beatles catalogue, all eight hours of it, presumably for people who can't hear, and imagining an album which the Beatles could have made, if only, sob, they hadn't split and consisting, paradoxically, of the smashing hits they had individually, after they did. We can dream, he McCormickises, sorrowfully. Man's a fucking eejit.

Maybe Sir Paul, proving his masculinity by rubbishing his hapless amputee, has endeared himself to the Hangers and Floggers to whom Mr Simon Heffer 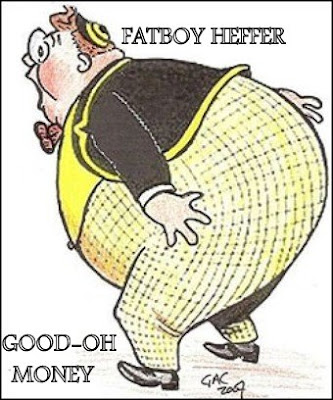 The eight-hour Beatles catalogue is undoubtedly the biggest marketing success ever - apart from JayKay Rowlings, the busty Satanist - and just keeps on keepin' on, as they say in Rock'n'Roll; each new audio format bringing a re-mastering or a previously unreleased or a deluxe edition with never before seen pictures. The stars - deadbeat Z listers - reveal their favourite BeatleTunes. Like any decent bloke we, too, have Beatles favourites but they would all be from their first few pop albums, before the dimwit collective discovered hallucinogenics and narcotics, before the dwarf Zimmerman turned them on to weed, before Lennon's delusions of grandeur, his nasty Nip in the air; this.
We Can Work it Out

I think four or five "albums" is all that most folk have in them. Then it all goes to hell, or repetition, or like St Joni, to jazz. It's a shame to keep them slaving year after year. What must it be like to be Mick Jagger wiggling his wretched hundred-year-old arse into his leather trousers every night. They shoot horses, don't they?

Yes, mr verge that H seems to have peculiarly skin-leathering and preservative properties. I liked him best as Captain Jack (Sparrow, not Harkness, depicted by Johnny Depp.
And, mr mongoose, did you hear that another of our rock legends has had problems: "Brian May has complained of “relentless pain” after he was hospitalised following a gardening injury that tore muscles in his buttocks."
This is not what you want to know, really - rocknroll is about youth, beauty and danger - not extreme gardening.