America's War against its citizens 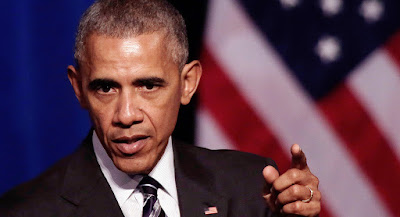 I stand before you to-day as our  wholly militarised country faces even more difficulties with the negro race.
There was a time.
My fellow motherfuckers,
A time before the Civil  Rights Act.
When humans were entitled. To protect themselves. From animals.
But those days. When they knew their place. Are long gone.

And now it seems.
That all they wanna do is bitch.

And our proudly militarised lawnforcement stormtroopers4democracy.
Regularly find themselves.
Outnumbering these dangerous folks so badly.
That they don't all get an opportunity.
As is their God-given right.
To pop a round in their black asses.
My fellow motherfuckers.
That can't be right.
Fuck me, Jesus,
seems like we can't turn around without some nigger sonofafuckinbitch gettin' his ass blowed away by lawnforcement. Everywhere you look. They're gettin' their big black asses shot, getting choked,
being beaten to death and when that shit ain't happenin' they're gettin' fried, gassed to death or being handed nine-hundred year sentences to be served on they ownsome in some six-foot square shithole only comin' out to receive a good kicking offa the guards, as fine a body of men. As ever served. This fine nation of ours.
Wherever they are born, niggers and brown folks deserve the right which they enjoy, here, in the Land of Freedom.  The right to be shot dead for no reason, just because some psychobastard, serial killer cop feels like it.


Whydya shoot the nigger eight times?
I ran out of bullets after that.
it is the only thing we can do with all these cocksuckin', bone-idle, fuckin' nigger sonsafuckinbitches, complaining their black asses off everytime one of them get's murdered by a decent, white  public servant.
God Bless Amerika. The Foreign Pages: America's War against its citizens
13th April 2015

America's festering racial wound is evidenced in the racial and ethnic differences in its imprisonment rate: the number of prisoners per 100,000 people. In 2017, there were 1,549 black prisoners for every 100,000 black adults – nearly six times the imprisonment rate for whites (272 per 100,000) and nearly double the rate for Hispanics (823 per 100,000).
African Americans have died from Covid 19 at almost three times the rate of white people. Recently released figures compiled by the non-partisan APM Research Lab and released  the title Color of Coronavirus provide further evidence of the staggering divide in the  death rate between black Americans and the rest of the nation.
African Americans have died at a rate of 50.3 per 100,000 people, compared with 20.7 for whites, 22.9 for Latinos and 22.7 for Asian Americans.More than 20,000 African Americans – about one in 2,000 of the entire black population in the US – have died from the disease. In  Kansas black residents are dying at seven times the rate of whites.

The first case for charging the American government with the genocide of black Americans was brought in 1951 by a group called the Civil Rights Congress (CRC) in We Charge Genocide: The Historic Petition to the United Nations for Relief from a Crime of The United States against the Negro People.
The CRC was attacked, accused of exaggerating racial inequality, and disbanded in 1956.
Bryan Stevenson, founder of the Equal Justice Initiative, has documented 4,400 racial terror lynchings so far. He has brought the historical evidence of genocide to life in an exhibit at the National Memorial for Peace and Justice; there, visitors walk under 800 steel columns representing black Americans who were lynched – some bearing names, some printed with “unknown” and the location of the lynching.
Rather than fading into a shadowy past, the case for charging genocide has – if anything - only grown stronger and clearer since the CRC first brought its petition. Daily, the news is filled with documentation of black people wrongfully killed by police, most recently George Floyd.
God bless him. 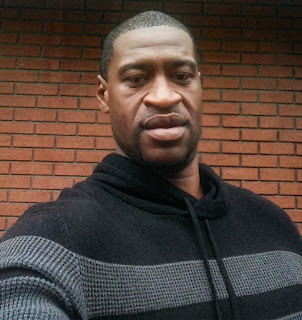 Something truly sick about the US, in many dimensions. Its also sickening that countries like the UK and my own Australia have to bend the knee.

Minneapolis burned for the second night. It is spreading to other cities. The National Guard are mobilised. President Donald pours oil into the flames: "when the looting starts, the shooting starts". Thanks, POTUS. The racial wound is massive and truly sick and festering in the US, originally inflicted by the Ulster-Scots immigrants to the Deep South, where they grew rich on plantations farmed by imported slaves. mr ishmael has told us what those Ulster-Scots are like. Their deep sense of superiority and grievance - going to War to defend their right to own, buy, sell and sexually exploit other human beings - that's right, other human beings, and so maintain their own wealth and economic position.
The only surprise is that the whole of the US isn't burning. Maybe that's due to the white black men, like Obama, with their own investment in keeping the lid on.
Mind you - best not get smug, here in the UK (and Australia, mr mike). We have our own racial wounds, our own cities have burned repeatedly in the summer riots, an early summer is here, the virus stalks the cities and folk are fed up.
The US is the biggest bully in the playground, and we should all be truly scared of their industrial-military machine - but it isn't just coercion - the US has won the hearts and minds of the consumers of its info-tainment propaganda machine, willingly lapping up Hollywood's productions. So we think that they are just ike us. Or we are just like them. Tell me it isn't so.

Well, Mrs I, it isn't so for me. Ever since my first visit to Vietnam, and learning first hand of what the Yanks did there, I've hated the US with a passion. I hope they drown in their own shit. The UK and Aus may have their own problems, but nothing on the same scale, and what problems there are can be in a large part explained by the US influence. The US is a sick broken society.

I confess that our friends in China worry me more just now but these horrors in the USA show that history never goes away, the damage done. The one good thing Wilson did was to keep us out of Vietnam.

They probably will drown in their own shit, mr mike - every day it seems that their Cold Civil War is heating up. Good old Mr. Wilson also created the Open University, mr bungalow bill, striking a blow against entrenched privilege and giving access to education to the many, not the few. I well remember my dad getting his first batch of OU materials in 1971 and embarking on a degree course at the age of 57.
As for the Chinese, we must pray that the Balance of Power holds.
Looks like you wee both right about Cummingsgate, messrs mongoose and mike. Nothing to see here, move along.

Good on your dad, mrs i. My kids don't understand how a clutch of grandparents almost without a piece of paper between them have resulted in so many grandchildren with fancy chits. Their cousins likewise, with similar backgrounds. Grammar schoolboy Wilson deserves a pat on his back for the OU.

The Cummings thing is interesting in its unintended consequences. The old MSM are still playing TV-politics. And let's be fair, they've just caught up with JFK only to find that the caravan has moved on. Nobody cares what Emily Maitlis thinks. It is entirely possible that five minutes of Newsnight - which nobody watched, because nobody watches TV like that any more - that five minutes may just result in the decriminalisation of the TV Licence requirement. And that will surely lead to the sell-off of the BBC, the separate privatisation of the back catalogue, and therefore the end of a century long gravy train. St Paul's, Oxford, and then Auntie, 2.2 kids and a Volve to get to the gite. All gone. Swept away. Hunris sweetened with contempt. A song springs to mind. Evensong for you. As loud as you like.

The US empire will fall too. One cannot just draw a straight line across a continent to get rid of the cold bit and then call the rest "America". All of those State borders too. It cannot last, and it won't, indeed it hasn't. The problem for the rest of us is that they have vast resources to support their 300 million or so souls. It's going to take some burning down.

Quite right about the OU, a wonderful thing.