DEATH OF A VULGARIAN. 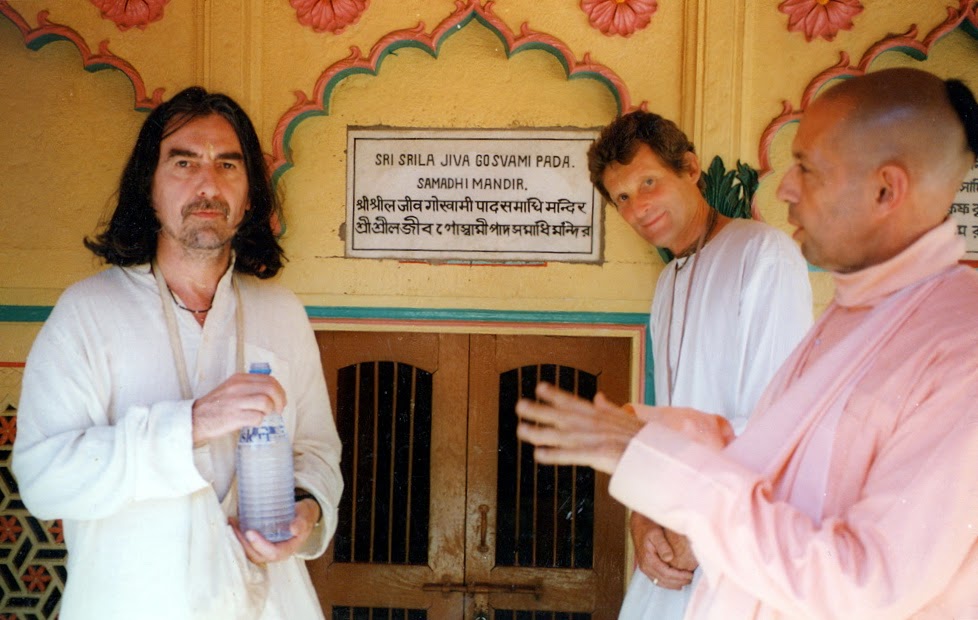 I mean, obviously, as a spiritual man, I don't wanna pay any income tax.  Hare Krishna, man, Peace and like, Love, man. You know?
Flashy Scouse Hindus, don't you just fucking hate them?
Well they said you was high-classed
but that was just a lie. 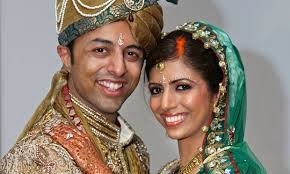 
There was a series on telly, recently, about some appalling Indian hotel  which catered  to monied riff-raff like these two as well as to minor jet-set filth, it was like Claridges with Curry, every bastard bowing and  fucking scraping to rich, bejewelled  Hindi filth.  It was open-mouthed, jaw-dropping telly, people acting like Maharajahs. I wouldn't give India a penny until they hang some of these bastards and confiscate their money, their homes and their elephants.

A couple of summers ago I saw Much Ado About Curry, I mean Nothing, at Stratford upon Avon, a cast of second-generation  immigrant Indian  luvvies mocking -  none so racist as the caste-conscious - the Goodness-Gracious Empire snobbery of those whom they had  thought of as  their great grandparents but who are in fact, people alive and well, working in and patronising this shithole of a time-warp hotel. Welcome to the Hotel Raj Britannia.  Anni and Wotsisname, the not-murderer-but-murderer-really,  would have fitted right in, stuck up their own arses, posing and poncing and dancing their seven-step Hindi vows; maybe they had their repulsive, social climbing wedding knees-up  there. The staff would all have lain down in order for bride and groom to walk on them and the guests would have pinned rupee notes to their garish costumes. It was an India far removed from the space-racing biggest democracy on the planet of popular reportage and while Mr and the late Mrs Dewani are of Ugandan origin, their religious and cultural ties are obviously to what we used to call the sub-continent;  neither would pass Norman Tebbit's Test Match test, more  jumped-up wog and buttonhead wogess than  the rich, cultured, Tory-voting European, beloved of Lord Norm of ChildBeastings.


The sister of the murdered Mrs Dewani has appeared on the GlobaTube I don't know how many times. 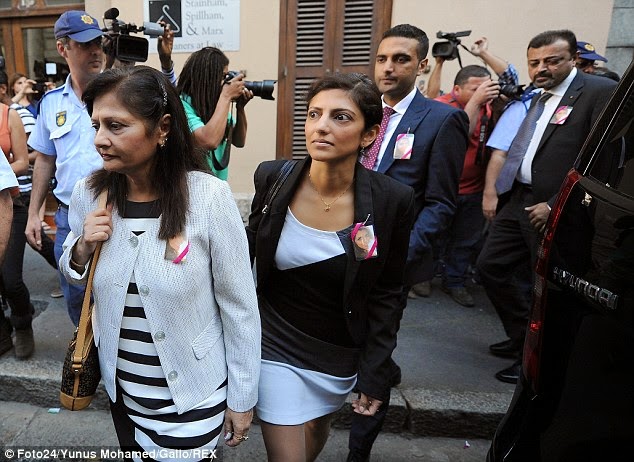 It's not as often as Bill Roache on Coronation Street
but she might yet give him a run for his money. 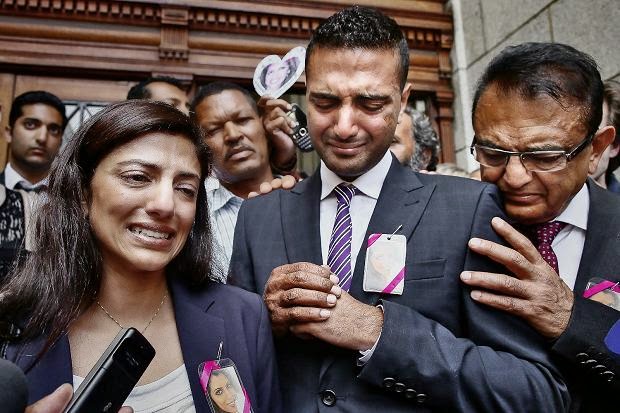 Oh, fuck me, Vishnu, if only I had of known that he was a filthy pervert, a bit of a Straight Simon Hughes,  maybe I would of talked my little sister out of marrying the filthy degenerate bastard.  And maybe she would of still been alive, to-day.

Maybe, too, if the bride  hadn't  immersed herself in all this showy vulgarity, all this snooty superstition and sham, maybe if the parents hadn't all been such gaudy vulgarians, maybe if she'd married a whaddatheycallem, these oh-so-charming Hindi families, an untouchable, is that it, an unclean one?  Maybe if she'd married an untouchable, instead of some preening, neurotic  prick, maybe she'd have been alive to-day. Maybe if they'd honeymooned less pretentiously in  Paris, she'd still have been alive, maybe if she'd told her ghastly family to go and fuck themselves, she'd still have been alive. But marrying an unclean one, well,  actually, and Oh My Goodness Gracious Me, marrying out of one's own caste is so much worse than death, don't you agree, sahib?
Posted by call me ishmael at 11:17

Notwithstanding the ugliness of it all, I think we may be witnessing the penalty of failing to render Rand unto caesar in a timely manner. South Africa - another dunghole to be avoided if you are not on the right team.

Onna subject of overweening materialism, I found myself watching a BBC documentary about Tatler the other night, and fell off my chair with asthma-attack hysterics when the Russian editrix of RoubleTatler said "in Russia we have most beautiful women, most generous men, deep cultural roots, great historical heritage, and good luxury infrastructure."

"...good luxury infrastructure" - there you have it. Rolex makes the world go round...

Me and my son were in Moscow this summer for a few days. Went into the TSUM store for a look around - we actually went in because there was a nice looking restaurant but when they produced the menu with the prices on we just stood up and walked out. So there we are, wandering around this shopping centre, trying to find our way out when we come across a perfume display. Hey, maybe we can buy the girls something...

I cannot now remember the name of the perfume but the marketing tagline was 'The most expensive perfume in the world'.

We both burst out laughing. The shop assistants looking quizzically at these two under-dressed clowns.
Big banner signs. 'The most expensive perfume in the world'.

Yep. Buy this shit. It won't make you smell any better than tea tree shampoo from Tesco but it costs a fucking fortune.

Travelled around India about 30 years ago. In some respects I'm still recovering - its an endless assault on your senses and health. Had the shits for 4 weeks - where does it all come from when you dont eat? - and was kept alive by Kingfisher beer brought on the hour by a young Indian lad, beer being the only thing that passed my lips in 4 weeks.

The slums of Bombay are etched in my memory. The poverty and wretchedness makes for nightmares, but on the other hand the history is stunning.

A memorable experience, however, which I still cherish, particularly a taxi ride (600kms) over the Ghatt mountains when we were stranded at Bombay airport - "lets get a taxi" said my wife!!.

Will never forget arriving at Delhi for the first time; at 10,000 feet you can smell the spices coming. Or the first, and last, time I ever went in a public toilet.

Sorry, Anonymous was Mike above.

That Tatler show is extraordinary isn't it? I would happily kill every bastard in it, it is for such as these that the term Up against the wall, Motherfuckers was couined, what a shower of human rubbish, especially the women., they make Edwina Currie and Christine Hamilton look like beginners.

I missed the Russian episode but Rolex makes the world go round is a delicious summary, thank you, mr vege, still laughing.

Never been there, mr mike, but that is exactly how I imagine India, a history longer and more distinguished than our own and a wretchedness deeper and fouler than anything we have seen - cows in the street, bodies burning on the riverside, childen rooting through shit for coppers, the whole bound together by aching snobbery and Mickey Mouse Krishna Consciousness.

I worked in a library with a couple of Hindi women, Big Geeta and Little Geeta, redspot foreheads; charming, gracious, skilled and erudite, fragrant and smiling, yet welded into this dreadful caste system, bangles and sequins, yards of snooty fabric thrown over the shoulder. If I met them now I'd ask them just who the fuck it was they thought they were but back then we were inventing multiculturalism, embracing Indian racism and snobbery as though it was our own.

These are the fuckers colonising London, aren't they, mr jgm2, the ones making it so great, as BoJo and Gideon keep telling us, Oligarchs, they call them, these fucking barbarians. I wish Mr Poundland'd star having a go at them but they probably own him, Farage, the most expensive traitor in the world.

I went to India about 25 years ago.

Biggest shithole I have ever visited. Beggars constantly harrassing you. I took pity on one Western girl who was on her own, sitting on a step crying, while all these fuckers were gathered around her with their hands out. Bundled her into a taxi - still followed all the way to the taxi - by an entourage of beggars and took her back to her hotel. Poor kid. 18 or so. Gap Yah, no doubt. On her fucking own. What the hell was she thinking of? No idea how she got on after I left her at her hotel.

Today, older and wiser, I'd have packed her cases, driven her straight to the airport, changed her ticket and sent her home.

I watched the foundations of what I suppose are now sky-scrapers in Delhi being dug by a machine but the loose dirt being transported out of the cavernous hole by an endless crocodile of women with baskets on their heads.

I was in Kerala state driving around and there were lorries tipping up piles of rocks, each rock the size of a car battery at the side of the road. And there would be a man waiting for each truckload of rocks or sitting next to a pile of already delivered rocks and turning it into gravel. With a fucking hammer. And not a sledge hammer either. What looked like a geological specimen hammer. The kind of thing Tim Robbins used to tunnel through the wall in the 'Shawshank Redemption'.

The poverty is unimaginable.

No wonder their corner shops are open all hours in the UK. It is still a perpetual holiday compared to the hardship in India.

My missus went a couple of times since then with work. Says it's still an unimaginable shithole.

Strangely though, I'm glad I've been. I would think I was missing something. We travel a lot as a family but India is somewhere I have yet to take the kids. Don't think I ever will. They can go themselves when they're older and paying for it themselves if they want. There is just nothing uplifting about the place at all. I'd go back to Lesotho or any of the shitholes I've been to in Africa before I'd go back to India.

I wouldn't send a dog there to die.

You get the picture.

Nige, the Poundland Fuhrer has just sold himself to Richard Desmond, the facilitator of many a' blurred hands onanist ' (h/t Mr jgm2 for that phrase, used in a different context on the Pizza House some years ago).

I saw a bit of one of them Tatler shows the other day Mr I and tend to agree with you regarding the fate of the participants - save, that is, for the Norweigan Bint who had a rather fine Border Terrier as a companion (spared for the latter of course...).

India is staggeringly beautiful and relaxed if you get away from the urban centres. It took me several visits to learn this but I now avoid staying in any town or city and head straight for the rural areas instead, where the people, wildlife and scenary are fantastic.

Mark Tully was once asked how he copes with the poverty in India, to which he replied, "I don't have to".

A strange one, Tully, sacked by the PBC but reinstated as a freelance; I liked his late-night show, the one of meditations, I suppose you'd call them. I once heard him play the Incredible String Band's Sleepers Awaken, he can't be entirely bad.