IN THE DIMESTORES AND BUS STATIONS.

Mr SimonThieving-Shit, the financial terrorist in charge of the state-owned Royal Bank of Scotland, has announced, today, that less is more, a loss is actually a gain and that the most unprincipled and incompetent of his colleagues deserve to be rewarded above and beyond their already fabulous salaries.  It isn't easy, said the bloated haemorrhoid, to make so great a loss so swiftly -  I am not making this up, honest, not invent - and it is a mark of the talent I have assembled around me that we have lost so much in so short a time  and this is why we must have taxpayer-funded bonuses totalling four hundred fucking million pounds.Or seven hundred million.  It's not fair to pin me down on these numbers.  Whatever the sum is, it's not enough.
HESTER: NO SUCCESS LIKE FAILURE. 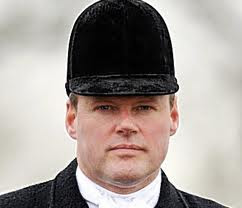 EVEN MY PARENTS THINK I'M A CUNT, BUT NEVER MIND,
TALLY-HO, THE HOUNDS CAN SMELL TAXPAYERS' MONEY.
In the house of commons, Mr George Osbum, the Collision Govament's pretend chancellor of the exchequer squeaked irritably that it was time to stop bashing the bankers, it was talking the country down and anyway there were still far too many cripples and cancer patients who needed a good kicking, as anyone who reads the Daily Filth will confirm.
On the BBC,  Mr Robert Peston,

the son of some Labour peer, doing an extended  work experience placement with the corporation said, Well, whine, whine, whine, as I said last week, whine, whine, uh uh uh uh uh ,  ah ah ah ha ah , um um um um um, as I say on my website,  wwwiknowfuckall.com.
"RBS is much less likely to bankrupt all of us than it was" said the useless prat, "but no one can be confident that it will ever be able to repay us”  Which, of course, the dogs in the  street could tell you and you don't have to pay them thousands of pounds a week.
In the sinking flagship programme. Newsshite, the spaced-out dunderhead, Paul   Mason 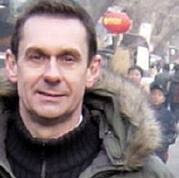 Yeah, the Human League, I fucking loved them.


said, Who me, don't fucking ask me, I haven't a fucking clue, wandered in here from Blue Peter, me, and nobody's noticed, yet.

In this  first Soaraway  Shit on Sunday,   a bigger, shittier, sleazier form of the much missed MadeupNewsOfTheWorld, former prime minister Tony Blair on why war is really peace and why poverty is the new wealth, only not for him. Nor Imelda.
Posted by call me ishmael at 18:54

Its been puzzling me for a while; how is it some bint from a council estate fiddles her benefit and she`s called a cheat but some spiv from a bank rips you off with PPI and its called misselling ?

Hasn`t RBS lost a shedload on Greek debt ? I see from watching the news all the fucking time that Greek debt, well, thats a bit dodgy, don`t want to go near it. Obviously passed the financial geniuses at RBS right by.

Hester, oozing entitlement from every pore of his buttock like face. And these are the jokers who whine they`ll take their junk bond peddling and PPI fraud offshore if we tax them too hard. Try asking any Guvnor in the real private sector if you can have a bonus for merely gracing a chair with the pressure of your arse and see what happens.

It looks like Osbum has woken up to the fact that the march of the makers isn`t going to happen (fucking as if) and is reverting to default mode. He was in Hong Kong recently, pleading with the Chinese to send us their dosh to juggle. Round and round it goes, where it stops, who the fuck knows.

Hester has been all over the MSM today and was never asked the two obvious questions that should have been asked.

How much do you owe us ?

Should the £750m bonus for losing £2Bn not have been used to pay down the debt ?

I used to wonder why the MSM never asked the obvious questions but realised they're in on the whole scam and couldn't give a fuck.

Yes and all around there is some unfathomable collective stupidity, some ersatz Blitz spirit, the notion that we have to get through this and then things'll be back to normal, even thouigh we are marching, faster every day, back to the nineteen-thirties.

As best as I understand it Mr Ishmael, Hestor is selling off what he can at a 'good' price in order to have cash in the bank. This replaces an asset at notional value for cash at 'real' value.

This real cash then counts towards their capital ratios or somesuch. Ie they have to have X% of 'real' cash for (100-X)% of whatever shit they have left. The idea being that (hopefully) the X% covers the losses they might make on the remainder. I think.

Hestor has apparently done a good job of turning assets into cash to act as insurance for the rest of the shit he can't sell. The idea then is that the retail banking (borrow low, lend high) will produce enough profits to further cover the debts, pay off the taxpayer and generally sail off into the sunset. We'll see.

Lloyds, my sources inform me, is fucked. Their CEO is a micro-managing arse who has surrounded himself with all his mates, making them PA's on 150K a year and is way out of his depth. He did however find time to deliver a lecture to his Alma Mater (in Portugal) and insist that Lloyds Banking Group conducted a milk round there. Because what Lloyds needs is more Portuguese bankers. Obviously. I suppose they couldn't be any more incompetent than the Scottish bankers but we'll see.

What both these record losses over the past couple of days has allowed the BBC to do is again draw fire on the banks. Look! Look over there! Look at the banks! Don't look at the idiocy that got us here!

All in it together Mr I.

Yes the Scottish banks were pretty much fucked the minute they handed power over to foreigners. The Yorkshire company Halifax who took over BoS and called themselves HBoS ( later to be called Lloyds banking Group )and the Dutch bank ABNAmro for RBS.
200 years of sound banking trashed by foreign companies in ten years. Sickening.

I think we both know that the big mistakes at HBoS were made by Mr Cummings (Scottish) and at RBS by Goodwin (SNP) and their monstrous egos.

It might be comforting for the Little Scotlanders to blame the 'foreigners' but the facts don't bear it out.

And that's before we get to the hand the Maximum Imbecile (Scottish) played in the whole debacle.

jgm2..gotcha ;)
Although to be fair you started the nonsense by trying somehow to imply that RBS had a remote chance of survival. Like all of our zombie banks it's going down. The 'hidden' liabilities are festering away nicely thank you. The plug will be pulled on Greece once the US / EU etc thinks they're safely firewalled. Then it's game on again.
Assuming that's the trigger of course. Could just as well be Iran or some other such thing lined up to complete the transfer of debt to us and wealth to them.

It was not my intention to imply RBS had much (if any) hope of survival. I was just trying to explain the story we're being given.

It's just Japan and its lost (two) decade(s) all over again. Except without the manufacturing base, the work ethic, the close family ties, the sense of national unity and all-in-it-togetherness.

Apart from that, it's fine.

jgm2..
You're on the same wavelength as me then. It's all a bit depressing right enough and like you say our sense of unity has been trashed so we can't even use that as a cushion.

The problem all along is the dishonesty of a bank "lending" what it does not have and then expecting the borrower to give back real money (plus interest) in repayment for the "nothing" that it lent.
This is compounded by the fact that most of "politics" is propped up by "imitation money" and the promise of more to come.

What I cannot love, Mr jgm2, is the post-capitalistic nostrum which says that you can make money not by commerce or indistry but by trading debt and that if that ridiculous idea should fail the debts are nationalised. That isn't capitalism, it is terrorism.

And whilse the previous unelected prime minister, Mr Gordon Snot was busy sending troops out to Afghannystan for Ahmed to kill them - saving himself the trouble of coming to the UK to kill our citozens - he was also assuring GlobaCorp that it woild come to no harm, wjatever harm it caused others.

I think, therefore, that lucid and well informed as your comments are relating to the internal doings of RBS - Christ, I don't understand them a fraction as well as you do - the main concern is the rise of the pan-global financial services bandit clans, which, as we know, people the political administrations in the West, evenm to the extent of removing and appointing, from their own ranks, the elected premiers of nation states.

The Money system has failed all of us bar a tiny, fluid, shifty handful, made bold by the imbecile Reagan and his successors, all of them. Might you address your powers of analysis and your connections to wealth to enquire if anyone, anywhere posits a world beyond Money?

There is a loon called Ron Paul who is "running for President" and he thinks that we should all kit ourselves out with wee bags of silver and gold - for when the banks come falling from the sky. I'm not saying he ain't mad but when those banks do all fall, and Greece and the rest are in flames, he may well prove to have had a point all those years ago. But, heck, saying that the sun'll come up tomorrow is not the same as actually telling the time.

There are almost no currencies left that actually have a real value. They are all teetering and on the brink. A massive devaluation and restructuring is about to occur. Even China will find that it has collected lots of bits of paper worth nowt. After the music stops, we will all find out where we are but the bits of paper that the wealthy call wealth will have to be enforced if they want their pound of flesh. A lot of that paper is still out there and there is no flesh to be collected. Then we'll see. Athens today; Canary Wharf tomorrow.

The trouble with stashing gold - always assumng you can afford to - is what do you do with it when the fiat cirrencies collapse? How do you exchange it for stuff? How are you going to feed the little mongeese; my own preferred stash wouuld be guns and drugs and works of art, the one for protection, the second for barter and the third as a public duty. Since, however, I cannot obtain any of those a wise investment of my time would be making Molatov cocktails, whilst there is some petrol, and sharpening sticks.

i think the first useful thing to do is keep on telling people that we are now living in BC times, Beyond Capitalism. Watever else the fuckers are they are certainly not capitalists, they lack the brains, the flair and the imagination to make something out of something else and taker a fair profit.