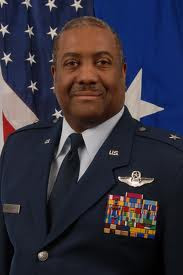 TOP GENERAL ACTS TO STAMP OUT RELIGIOUS FIRE.
Brigadier General Hiram T Motherfucker the Third, Commander  of Nato ( ie US ) forces in Afghanistan said today that Good God Almighty he was pissing ground glass over the news that some of his gang-raping, crewcut, psychobastard mommasboys,  or US elite special forces to give them their stage name,  had burnt the fuck our of a pile of holy Quu''rans,or however the Fucking Jeseus you spell that shit, why cain't these raghead cocksuckers read  a proper fucking Bible, like decent fucking Christians, enquired the General testily, what is all this shit, these beardy cunts  throwing thenselves down on the ground five times a fuckling day, we never done none of this shit in West Point,  God bless me, Jesus, and pass the napalm that I might smite thy nigger enemies and roast their heathen black asses, that's as much scripture  as any decent Godfearin' warrior motherrfucker needs to know.  Anyway,added  Old Uncle Tom, as he is fondly known by his troops, I can only apologise to our Afghani subjects, I mean hosts, for this most terrible event and I do hereby solemnly promise to them that if anybody in future sets fire to any of that holy shit my orders are that they are, to the last man, piss on them  books immediately and put the flames out before giving them back to the folks what read them.  Winning hearts and minds,  that's what Uncle Sam is good at. 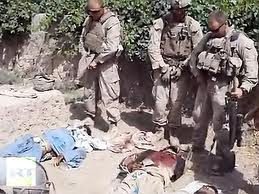 US SPECIAL FORCES AT CHURCH PARADE.
Elsewhere in the troubled country the puppet emperor, Mr Khazi, a well-known pimp, bandit and drug dealer, said, This is a terrible affront to the dignity of my people and I cannot turn a blind eye to it. Unless another billion dollars is placed in my Swiss bank account, toute suite. 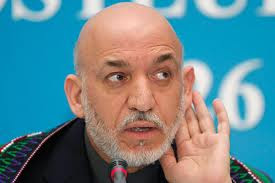 HOW MUCH? YOU'RE SHITTIN' ME, MOTHERFUCKER.
I CAN'T DO IT FOR LESS THAN A BILLION.
Without this happening I cannot guarantee the heroin trade which is so useful to us all, especially my partners in the Central Intelligence. Agency.
Posted by call me ishmael at 15:02

Yee haw. Them there kneegars be using those magic symbols boss to go an confound us like a coyote at a weiner grill, gawd damn it, Sir. I had to call a strike on the lyburarey and hit those mudder fuckers right where it hurts hog diggity dam and that's right in their school - that'll teach 'em just like what I was lerned about duck and cover, cept not, more like duck and incinerate yo' desert wop ass.

And now over to our correspondent, Lyndsey Numbnuts, reporting out there right under the trajectory of an incoming shatusha missile. 'Hi, Lyndsey, what's the situation like right now?'

Bob 'Well, thanks for that Lyndsey and in other news some cunt killed a pregnant mother in cold blood, we'll be back after these commercials'.

Got me wondering if Uncle Surface got the idea for them unmanned killer drones from the flying Korans that wipe out Salman Rushdie at the end of International Gorillas (Pakistan 1990..."He also enjoys torturing Muslims by making them listen to readings of The Satanic Verses." Sounds fair.) But another quick wikilurk shows the first use of combat drones (as opposed to surveillance and whatnot) by Iran against Iraq in 1980. Where they got them in the first place, of course...

And our top story concerns the atomisation of a one-eyed member of MediaMinster by a Syrian missile which means that Syria is Now Very Important and Serious and We Demand to Know Why is Nothing Being Done?

I think Jon Sox feasted longest on that one, mr ptb, him being a war correspndent, too.

It was a ferocious sentence, mr dick, thirty-five years, longer than he's been alive. Enough to satisfy even Mr Kelvin McFilth, I should think. Although he'd probably like the geezer to do the thirty five and then get hanged. It would certainly deter me from killing a pregnant teenager, but then, rarely, if ever, do I consider doing that sort of thing. Those who do do that sort of thing are generally not the most thoughtful of people, as careless with their own lives as with those of others.

The Droneslaughter of the innocents is causing some ripples, mr verge, even in the land of the free; not as much though, I suspect, as is being caused in unstable, nuke-toting Pakistan. They'll kill us all yet, these fuckers.