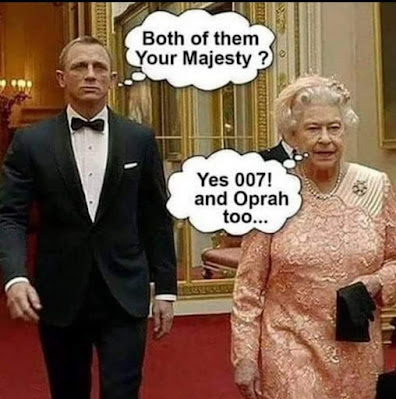 What it is to have a learned Prime Minister. But that Andrew Marr; he didn't turn a hair when Johnson lobbed Hecatomb* into the argument that they were having this morning. Indeed, Marr was very brave when Johnson's body language became positively adversarial: 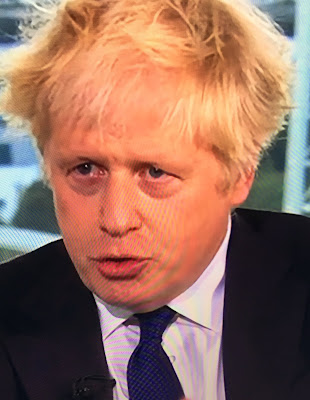 Well, Marr had persisted in goading Bojo about the pigs: 120,000 pigs to be killed and incinerated in 10 days' time if Bojo doesn't solve the driver crisis - to which he responded:
"I hate to break it to you, Andrew, but our food processing industry does involve the killing of a lot of animals. Your viewers need to understand that." 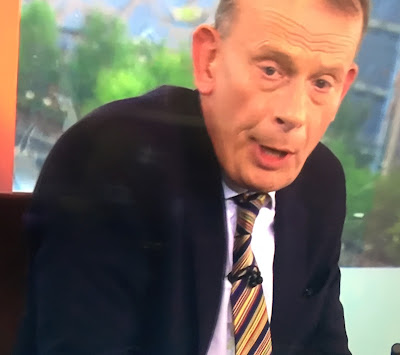 Sgt Mark Andrews was jailed in 2010 for assaulting 60-year-old Pamela Somerville, then had his conviction quashed on appeal. He was sacked by Wiltshire Police but an appeals tribunal ordered him to be reinstated. 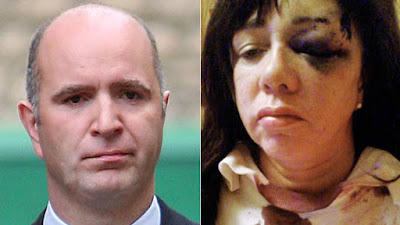 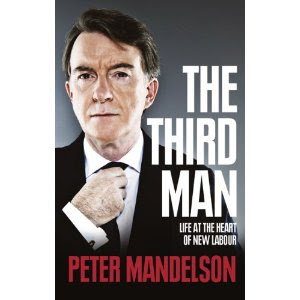 `A compelling account of the New Labour years...nearly every page is illuminating.' --Steve Richards, Independent

`A revealing and important book by a more winning individual than I had expected to encounter.' --Matthew Parris, Spectator

`An utterly absorbing read, a rich and satisfying page-turner ...this is a vital book, and a pleasure to read.'
--John McTernan, Scotsman

`A very good book...fluently written and substantial, this is a serious book by a serious man.' --Matthew d'Ancona, Sunday Telegraph

`Mandelson has added heavily to the sum total of political knowledge...The Third Man is well-written, pacier in parts than others, particularly those where the author deals with the psychodrama of which he was an integral part...a significant contribution to our understanding of the Labour years.'
--Philip Webster, The Times.

Shit, innit, all of it, fucking rubbish, a nuisance, like pisstain on trouser of History. - the Polish Plumbers' Weekly.

I doubt that any of these critics read Mandelstein's book, apart from me, it's nearly six hundred fucking pages. Maybe Marr got one of his unofficial wives or children to read it for him, maybe Matthew Dreary read it whilst cruising Clapham Common but it is hard to imagine any of these bozos reading every word of every page, as well as all the other books which they are paid to review; no, it's bollocks. I read at slighlty above the average rate - 300wpm and with a comprehension rate of 90%, considerably higher than average - and I couldn't finish this in a week.

This is a book which suffocates the reason. Mandelstein does not - cannot - ever consider the possibility that he may have been wrong, personally or politically or that his birth into privilege may have blighted normal judgement, that a spoiled Momma's boy like he would only ever view the world as his personal plaything.

Every aspect of his pampered existence is blessed, his wonderful parents - a pair of pushy political toads - his wonderful grandfather, a postwar, minor Labour figure and more very dear friends than one could count; excellent school, blissful holidays, feasting at Oxford with shitbag luminaries like David Aaronobitch, media sinecures, divine meals, scintillating conversations with important people - in short an utter fucking waster, never done a day's work in his life, good for fuck all; much in common, one suspects, with the turd polishers above, all, one way or another, sucking the Murdoch Knob of World Domination.

Mandelstein sees nothing awry in he and two co-conspirators, Brown and Blair, spinning, as he tells it, old Labour out of existence, is entirely unapologetic about lying, as a matter of course, to journalists - many of them, of course, like Jon Snow, the insufferable Job-For-Life arsehole at Channel Four News, very dear friends - because he was, and how could he be other, doing it in the national interest, it was in the national interest that he and Brown and Blair piss all over the country, all he had ever wanted to do was serve the best interests of the country.

Slithering up - and down - the greasy pole, Mandelstein describes his cronies as dear friends, as if their mutual back-scratching, pocket-lining and cocksucking was thus made noble, all the Labour luvvies seriously relaxed about people being filthy rich, especially themselves. How much was it, again, that the ridiculous ClearBlue John Birt charged us, via the BBC, for his wisdom and skill?
It has long been an article of faith, here, that the NewLabour Project was devised and executed by four seriously aberrant, disturbed individuals, well placed, by accident and media, to suborn normal political checks and balances and to be panderers to a media long past shame. Mandelstein and poor, drunken, bullying, depressive, closet gay, Big Al Campbell, played pass the shit parcel with Truth.

Obituary.
REJOICE, WE ARE A CORPSE 8/4/2013
Alas, the lady is for burning.  Nasty, divisive, oppressive, even among the sycophantic spivs who mourn her, her only turning now will be in the grave.

"Why don't you write a book, my friend said to me, for forty years. There's enough books, don't need any more fucking books, books're the last thing we need more of. The last time he asked, a couple of years back, I wanted to say Well, in a sense, I have, it's called stanislav, a young Polish plumber."

And you can buy both anthologies of the books of mr ishmael and Stanislav :  Honest Not Invent and Vent Stack from Lulu or Amazon. It is cheaper to buy from Lulu. Register an account with Lulu to save a couple of quid, as going straight into the link provided below seems to make paypal think it's ok to charge in dollars, and apply their own conversion rate, which will put the price up slightly for a UK buyer. Once the new account is set up, follow our link; a pop-up box asks for age confirmation - simply set the date to (say) 1 January 1960, and proceed. (If you type the title, the anthology will not appear as a search result until the "show explicit content" box - found at the bottom left by scrolling down - has been checked.  You may also see the age verification box, as above, at this point.)
Link for the paperback:

shorter link, which might make it easier if you wish to paste it into an email and tell a friend:

Honest, Not Invent is available in paperback or hardback.
Link for Hard Back :

At checkout, try PROWRITINGAID15, WELCOME15 or TREAT15 in the coupon box, which  takes 15% off the price before postage.  If this code has expired by the time you reach this point, try a google search for "Lulu.com voucher code" and see what comes up.
With the 15% voucher, the book (including delivery to a UK address) should cost £10.89 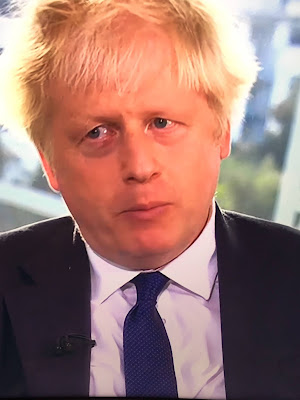 having wilfully broken the covid-lockdown, sarah everard was reasonably considered a granny-killer, and as such, arrested then summarily executed by one of our brave boys-in-blue.

as a potential granny myself, i do not see what the problem is here.

as for eco-activists running around without bras and engaging in wild bouts of wanton free-love, they were asking for it, weren't they?

mind you, in somerville's shoes, i'd have beaten the living crap out of that bastard sergeant mark andrews

Good to re-experience the blowtorch of Mr I vs Mandelstein. Somehow soothing. OK, I'm getting old.