RICH FOLKS IN THE NEWS. 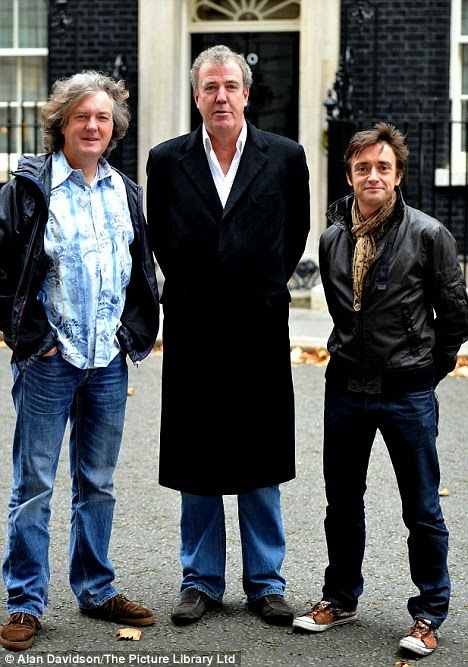 The new foreign seckatry with his team.

Mr Klaxon will replace Mr Philip Coma, who replaced Mr William Lube in one of the so-called  great  offices of state.

Mr Klaxon, who will sit in the Lords,  will be known as Lord Jezza of Chipping Sodom. 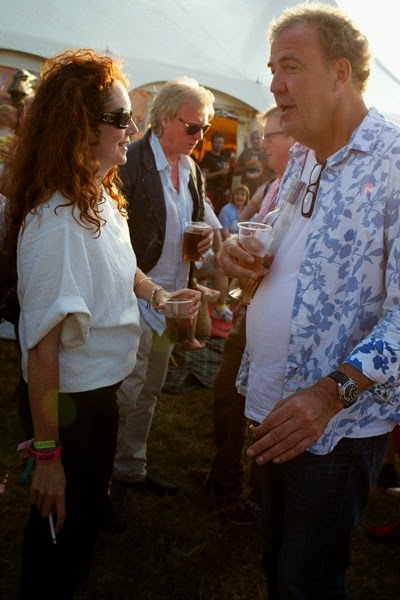 The appointment follows Klaxon's triumphant tour of Argentina, where his diplomatic skills were so impressive that ordinary people threw stones at him in the street and ran him and his entourage out of town.

One of Mr  Gob's current employers, the Paedophile Broadcasting Corporation, commended his long service as one of the most boringly extended cliches. In the world. 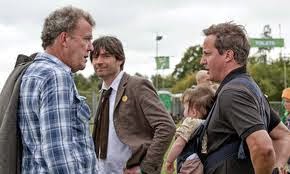 A spokesman for the unelected prime minister, Mr David Cameron,  read a statement from Number Ten. Jezza is a mate, a neighbour, he went to the right sort of school and is filthy rich,  and that, let's be quite clear, is good enough for me. And doyouknowwot,   we are confident that under his stewardship British foreign policy will soon be going round corners sideways with its tyres on fire. 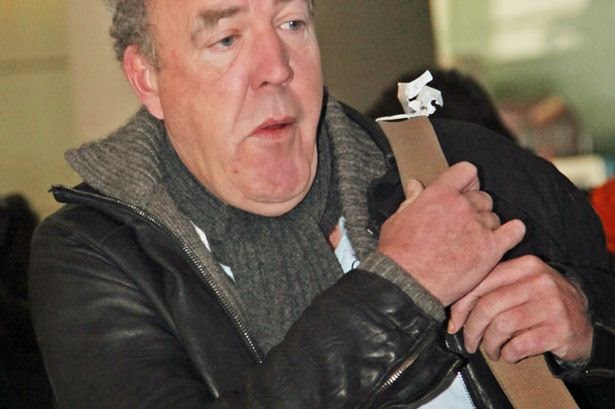 Jeremy Gob represents what is best about the country I am proud to lead;  hard-working, does the right thing and is a decent family man. Well, alright, perhaps not all of those things; alright, perhaps not any of them. But nevertheless, nig-nogs and foreigners and trade unions are trying to take over the world. Jezza's the man to put a stop to all that. Today, he insults Mexico and India and Birmingham. Tomorrow, the world.

If, as I do, you long for a country distinguished by  War,  Homelessness,  Racism,  Poverty and Supidity then, with Jeremy Clarkson's help, I'm your man. 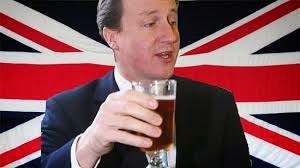 In next week's Rich Folks In The News: 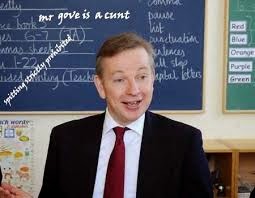 Why it would be not only homophobic but celebophobic to arrest rich people for cocaine use but entirely proper to nick ordinary people. 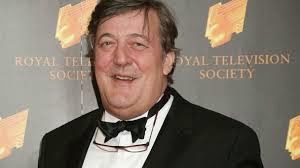 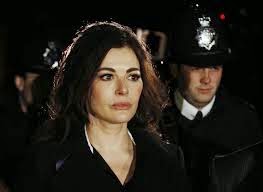 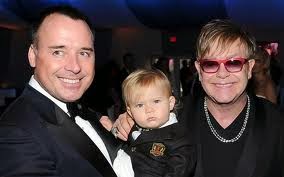 Good grief Mr I, are you trying to indicate that you are not totally enamoured with our glorious leadership - or its friends?

What a shame the gauchos didn't do the job on the menopausal car show fuckwits and their "crew". Minor public school oafs, imagining themselves to be subversive, adulated by thirtysomething Mail morons. And the little helper Hammond, occupying the Gove role. UKIP in embarrassing jeans. You just know little Dave secretly admires them.

Oh, to see them pelted with tins of Fray Bentos, strung-up with timing belts, necklaced with five-grand Bugatti Veyron tyres, crushed-up inside a Toyota Land Cruiser and buried inside the repairs to Spaghetti Junction.

Bullingdon types, as you say, on wheels.

I pity the wee fellow in the centre of the "bottom" picture.
Poor little bugger....and he can do nothing about it.

It is a moot point, mr alphons, would young Levon even have been born, without these freaks demanding that a surrogate mother-and-child be added to their fantasy shopping list?

Celebrity's Children of Darkness all fare badly, look at the spoiled Geldof brat, poor cow, but I should think you are right, this one will have his share of wretchedness, unnaturally ancient parents, unnaturally motherless, both bloated with the achievements of Triviality; pompous, bombastic and thoughtless. Oughta be a law against it.

Dear Ishmael I'm afraid you've fallen for their 'superiority' trap.
I'm a former secondary modern school indoctrinated pleb that found the secret and retired to the South of France to do bugger-all. I observe that you are displaying the result of the state's Pavlovian teaching that is designed to make the average person self-doubting with feelings of insecurity. That's the way the government and the people who run the government like us.
The ones that go to public school are also brain-washed to believe they have an innate superiority. This is so ingrained that there is nothing you can say or do that will change their idea about their superiority even if they become homeless tramps.
So having a go at Clarkson, May and the PM (can't remember his name) is how they like it. You show them your insecurity with your own perceived status.
The thing everyone should do is to indoctrinate themselves into becoming totally at home with themselves and who they are. Total confidence and self-assurance will be the result.
Bloody hell I'm beginning to ramble......... laters

Worse than that, mr baron, all of this Internet ranting acts as a short-circuit to Revolution's already feeble current, we rant and fume when we should be pulling up opaving slabs. Should I stop writing?

Carrying on writing squire. It's most amusing. Picking up paving slabs and generally getting involved in confrontational aggro is how 'they' like it.
I usually 'do my bit' by writing comments in their controlled media mouth pieces like the Turdygraph. (until I get banned and have to create new identity).

On an individual level you can become just that ... an 'individual' that tries to avoid all the crap and rules that the controllers try to use. I could write a blog about it but I'm too lazy. I try to 'teach' my "friends" on Facebook but it's a losing battle. Most of them seem to believe all of the lies that are pumped at them. No matter how many times I show them the lies of 911, 7?7, WMD, fake beheadings, ISIL,ISIS or whatever they still think I'm off my trolly.
Keep writing. Humour hurts them.

In John Fowles' The Magus, mr baron, the hero-narrator says Fiction? You must be fucking joking, why should I read fiction, plough through hundreds of pages of others' imaginings in the hope that I might find one grain, one nugget of something that I hadn't already thought for myself?

I feel the same about the broadsheets' comment boards; most of it is tripe, UKIP tripe, Tory tripe, neo-con, neo-liberal tripe and just plain tripe tripe; there is the odd memorable gem, it is true, but its author should be writing his or her own blog and not helping the Filth-O-Graph write its own newspaper. Or the Guardian.

All those things which you mention, they are all here, passim, as the Private Eye publuic schoolboys say.

We've been down this road before, words or petrol bombs? The answer is both; language is fundamental because our rulers weave their webs from its abuse. But violence too has its uses as Farmer Jim Prior recently acknowledged when speaking about the Kneecappers. If we must choose our weapons, then I choose ridicule and contempt; the Islamic death fetishists, the Murdoch Cotswolds mafia, the strutting morons of American military power, the gangsters of Russia and China: none of them can bear our laughter, even if it is laughter in the dark. That's why I believe this site truly matters because it is a part of that resistance. Still, I would like us to have some grenades, just as back up you understand.

When, mr bungalow bill, I wrote extensively on Colonel von Fawkes's order-order blog, long ago and far away, I used to argue that pamphleteering, cartooning lampoonery and satire were rich and powerful arteries in the British body politic; didn't really matter what it said or meant to say, just as long as it was contrary, oppositional, coruscating and ridiculing and most importantly made people laugh; my stuff was commonly picked-up and reproduced by right-wing libertarians, by cop blogs, army blogs, Tory blogs as well as by left-wingers and anarchists, all of whom thought me their kin. That voice, though, comes no more. I wish it did. it might be that the blatant conjoining of all parties in Greed's Army has squeezed-out opportunities for Ridicule's broadsides, it certainly seems that way, seems that 0- as AN Wilson found about Tony Blair - this shit has gone beyond funny, gone into the hard streets of the tumbrel and the big, fuck-off, gravity-fed razor blade.

Clarkson is a laughable fart. Remember that time he said nigger then pleaded and whimpered for his media meal ticket, the big girls blouse.

Our top hatted chum has been shroud waving like hell lately. First he used his dead son to proclaim his belief in the NHS, then he used Alan Henning`s death as a prop in his Churchill act in Iraq where so far the RAF have blown up a parked car then he said he`d track down the killer of that girl in London although he`s topped himself before Sherlock Cameron could feel his collar. The cunt is the best comedy act going: its a job to take the piss when the washer gobbed prat is giving it away.

Been pondering on why Backside Billy Hague is really quitting politics, I mean he`s done fuck all else although I suppose he feels the need to ponce off his connections and bum some young men while he can.

Now Clouseau Churchill Top Hat Boy has asked one of his bosses, Fiona someone who`s Lord Mayor of the City of London, a real power in the land to become NonceFinder General. No doubt she`ll produce a report some time after the sun has burned out but Billy Buttocks inherited Leon Brittain`s old seat, didn`t he ? Just wondering.

I never knew that, mr yardarm, was Brittan in Richmond? I'll just go and have a butchers.

Dressing that poor little kid in that outlandsih garb should be an arrestable offence. Child as ironic accessory.

And so he was, mr yardarm, MP for Richmond. Christ, it's such a nice place, how can they elect filth like Hague and Brittan?

Snotty did the dead baby/NHS schtick, too, and may yet again. It really is despicable. Cameron is beyond contempt, so anxious for votes was he, when in opposition, that when some vile harpy tackled him about describing his sick child as "a little bit different" he apologised and withdrew the remark. What he should have done was punch her in the gob.