Apologies, Ishmaelites, for the I.T. Glitch that put my laptop into Computer Hospital. As you can see, we're back up and running. I asked my IT engineer what had gone wrong. He was far too polite to tell me it was all my fault - the most judgemental he got was to say: "it's easily done." Turns out I had installed two pieces of anti-malware software and they were fighting each other, so slowed down operation, then a thug of a programme called Kamo muscled in, at which point  my laptop thought it best not to bother with the internet at all.
Anyway, it's August and in Orkney the lieges are celebrating with their annual homage to the gods of agriculture and animal husbandry. In North Ronaldsay, it is the Festival of the Sheep, which involves getting volunteers from AllOverTheWorld to travel at their own expense to North Ronaldsay, an island off an island off the north coast of Scotland to rebuild the wall around the island, 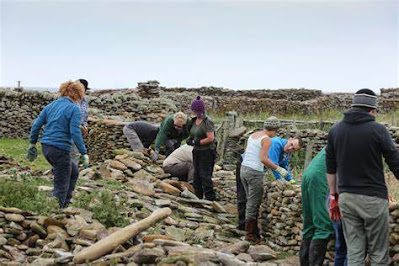 in order to keep these chaps living on the beach, eating seaweed and keeping out of the fields. 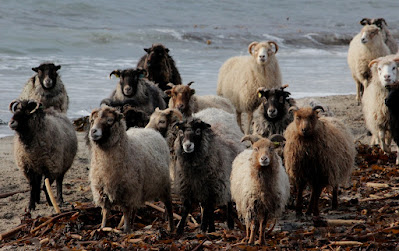 We had some soon after we moved to Orkney. It was disgusting. Yellow, greasy and tasting of fish. Even mr ishmael, who, as you know, trained in the Grand Central Hotel in Belfast and whose first career involved chef-ing for the Guiness family and restaurant managing in England, could do nothing with the scrawny, bony stuff. Don't buy that again, mrs ishmael, he growled, whilst tipping it into the bin. Apparently, it is a delicacy amongst international gourmets, who will eat anything if it is expensive enough and sufficiently disguised with marching powder.
Each of the islands in the archipelago with a farming community has its own August show, on the Mainland we have the East Mainland Show and the Dounby Show, whilst the show season culminates in the Coonty Show. 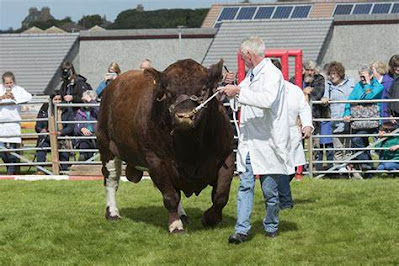 And after all that excitement and downright competitiveness, Orcadians say to each other, that's it, then, summer's over, and hunker down whilst the September equinoctial gales rage across the archipelago, stripping the leaves from the trees.
Over on the Ness of Brodgar, 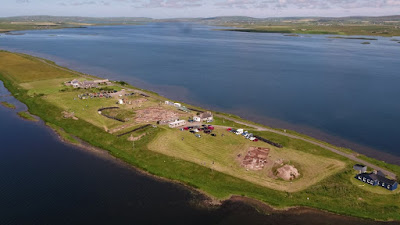 the 2022 dig opened on the 6th of July and will close on the 17th August, when the site will be again shrouded in massive tarpaulins held down by hundreds of old tires, to keep it safe until next summer.
All three main trenches at the site have been re-opened and volunteers have flooded in to spend a few weeks on their knees scraping at the ground with trowels. 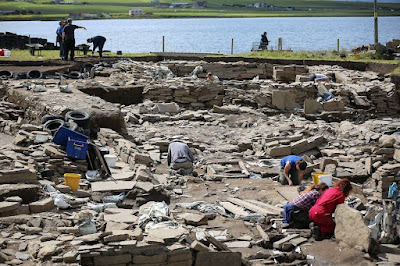 Apparently, the chance to work in structure twenty-seven, with its unique architecture and massive prone slabs, is proving especially exciting.
But for me, I'm off on my summer holidays, on the midnight ferry, travelling South once more.
Whatever you are doing with your summer, dear friends, try not to worry about Liz Truss becoming Prime Minister, the economy being fucked, Nancy Pelosi having provoked China into moving on Taiwan, the Ukrainian War of Boris' reputation and a summer of strikes. Best get some tins in, though, maybe some cans of petrol whilst it is so cheap, a few gallons of bottled water won't go amiss, install a multi-fuel stove and start collecting wood on your walks out. And take your Glucosamine with chondroitin supplements, cos you can't get a knee replacement on the NHS.
Just saying.
I'll be back in the last week of August. In the meantime, do continue to talk amongst yourselves. If you are missing mr ishmael and his young friend, Stanislav, there are now three anthologies of their writings: Honest Not Invent, Vent Stack and Ishmael's Blues to add to your library and to give to your more intellectual friends. All are available from Lulu, Amazon or Barnes and Noble.
Happy Holidays!
Quiz question: how many cups of tea and sandwiches is Cliff Richards given whilst driving his bus in the video clip at the head of this post? 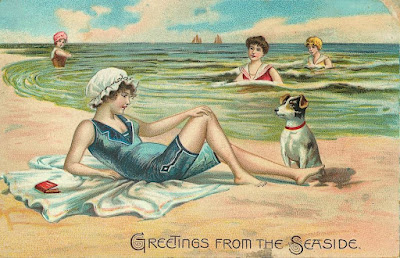 Well done, Mrs I, surviving all those days without t'internet. Down Here, chez nous, we have fiber to the house, gigabit speed; on the odd occasion when they are "doin werk to improve my experience" and the bloody thing is off, its like having your eyes plucked out. How did we survive in the good old days?

You be careful out there, mrs i, among those English.

Sorry to hear about your internet crisis, and I hope you are enjoying a holiday in drought crisis stricken England. It is pouring with rain at the moment in Putney.