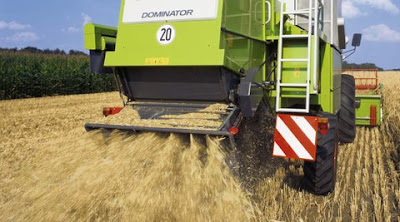 So why is it okay to be looking at pictures of tractors quite openly on your phone in the House of Commons? In my work place if you were found looking at tractors, or sport, or property for sale, you'd be downright embarrassed to be found wasting the time that you were being paid for. It is widespread, of course. Playing Spider Solitaire is the modern replacement for staring out of the window, your thumb in your bum and your mind in neutral. However common it is amongst office-based, internet-connected workers, when your boss glances at your screen and finds it filled with enticing pictures of tractors, instead of a spreadsheet of tractor-production statistics in the Ukraine, you quickly close the page - you don't say - it's ok, I was really looking for shiny black PVC-clad Dominatrices in thigh-boots with spike heels when these pictures of tractors turned up.
And what sort of browser is he using, that Neil Parish, farmer and former MP for Tiverton and Honiton? When I googled images of Dominator Tractors, what did my browser offer me? Pictures of bloody tractors, that's what. Obviously, Neil's browser is a little more sophisticated.
Apparently, 70% of pornography access is during office hours. Is the nation wanking away like monkeys non-stop? Is this why it takes so long to get a planning application approved? Maybe the recorded message should now say: "Thank you for calling. Your call is important to us and will be attended to just as soon as the operator has shot his load onto a tractor picture."
In the Bars and Knocking-Shops of Westminster.
ishmael smith 12/02/2015

In their worn, jaded monkey-thoughts, pilfered, one from another, some of them passed, like holy relics, from one generation of compliant monkey-broadcasters to another and like all the previous festivals of lying which I have witnessed in my lifetime, this, they all do insist, this election is the most important, ever;  roll-up, roll-up, the magical mystery tour is coming to take you away - your pensions, anyway, your jobs and your health service; gotta be fit for purpose, gotta move with the times.

Actually, as two-and-a-half party politics eats its own putrefying corpse, this is probably the least important such election, it's purpose being little more than the reading of its own  last rites; nineteenth-century parties are irrelevant to all but themselves and their symbiotes, GlobaCorp, in the case of the Tories and the besuited, hundred-grand-a-year faux socialistes union managers in the case of Labour;  I dread to think what is the natural constituency of  LibDemmery;  a party enthralled by the likes of David Laws, Danny Alexander, Straight Simon Hughes, Chris Huhne and Nick Clegg must consist only of the smug, the degenerate and the unwholesome. Besieged and berated by their own dying memberships, gnawed upon by their own fretful backbenchers, ignored by the NewPeople  and loathed like never before by the rest of us, the only deathbed turn they can make is towards each other, Honourable and right Honourabling themselves into oblivion.  What a truly ghastly bunch of fuckpigs wind-up elected, what a crew of sycophantic dimwits - from the cleaners to the doorkeepers to the ludicrous, overpaid, jumped-up fathead, Black fucking Rod, I ask you, Black fucking Rod - serves them and how utterly up its own arse is the entire legislature, its customs and practices, its nauseating self-regard and its luxuriously pampered and insulated existence.  Were there a need to amplify MediaMinster's rottenness the case of Huhne serves that purpose; a man who very recently served a prison sentence for lying to the cops, to the Commons and to the nation has been given back his parliamentary pass, entitling him to heavily subsidised haute cuisine and Napoleon Brandy in Westminster's bars, restaurants and knocking shops; to free use of parliament's facilities, the library, the gym, the terrace but most importantly Chrissy has  full frontal access to every single member of our all-too-corruptible legislature, he can now bribe them at their own place of work. Now, I'm liberal but to a degree. I believe in my bones in the rehabilitation of offenders but Chrissy doesn't think he's done anything wrong, apart from getting found-out and neither, in the light of his readmission, does the House of fucking Commons. Cunts, all of them, every last one of them; why aren't they rioting, over Jailbird Huhne?*

They are all just in it together; Ed Balls has far more in common with George Osborne than he does with you or I,  they are acts on the same bill, unless they hang together they will hang apart.

But they, like many of us, are overtaken by a technological and concomitant informational revolution far beyond their ken. Oh, they tweet and email and are seldom without some device which we have bought them, keeping their idiotfinger on our pulse, as they would have it, even though most of them don't know what technological day it is.

How utterly redundant and contemptible is parliamentary democracy, how out of touch its practitioners, how venal its purpose.

Enough of the scum, augmented by new scum, Greens and Jocks and Poundlanders. They will cling-on and form some sort of Govament of National Unity.  There is fuck-all separating  most of them, a windmill here, a border crossing there, a seventeeth-century nationalism across the road. All of them hate us - probably, given our forebearance of them, rightly so, for as long as we participate, even one of us,  in this black charade, we deserve the shit they so enthusiastically spatter in our faces.

*Jailbird Huhne- Christopher Huhne, educated Westminster School and Oxford University, is a British energy and climate change consultant and former journalist and politician who was the Liberal Democrat Member of Parliament for Eastleigh from 2005 to 2013 and the Secretary of State for Energy and Climate Change from 2010 to 2012. He and his former wife Pryce were sentenced at Southwark Crown Court on 11 March 2013 to eight months in prison for perverting the course of justice following a speeding offence in 2003 in which Huhne induced his wife to claim she was driving the car in order to protect Huhne from a driving disqualification. After Huhne left Pryce and their 3 children to pursue his relationship with Carina Trimingham, Pryce revealed the perversion of the course of justice. Sir Keir Starmer, then DPP, made the decision to prosecute them both. As mr ishmael describes, it hasn't subsequently held him back. Ah, the benefits of a good education.
Why have we let this rabble - journalists and MPs alike - place us in the position of Putin's Public Enemy No 1? Have you seen what they are up to now? 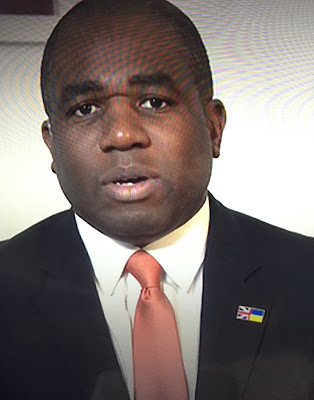 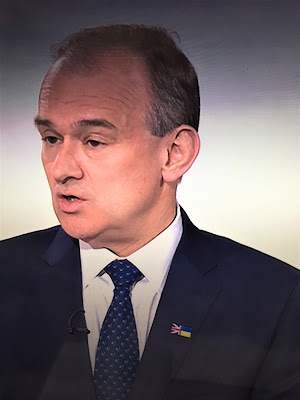 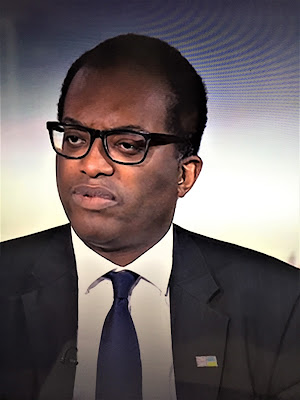 Kwasi Kwarteng, Eton and Trinity College, Cambridge, Conservative MP for Spelthorne since 2010, Secretary of State for Business, Energy and Industrial Strategy since 2021.
Did you notice? All three of them, appearing on the Sophie Show this morning, each representing one of the two and a half major political parties and each sporting in his lapel, this: 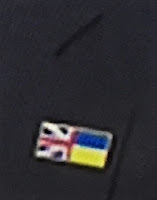 Honest Not Invent and Vent Stack - anthologies of the work of mr ishmael and stanislav, the young Polish plumber - can be purchased  from Amazon or from Lulu. 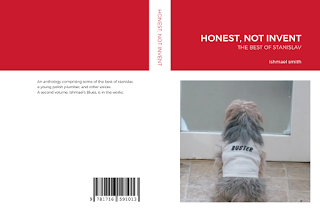 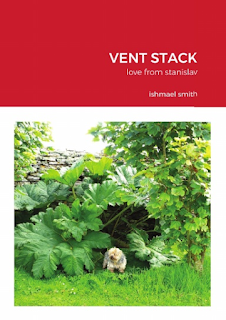 Lulu Link for Honest, Not Invent

At checkout, try PROWRITINGAID15, WELCOME15 or TREAT15 in the coupon box, which  takes 15% off the price before postage.  If this code has expired by the time you reach this point, try a google search for "Lulu.com voucher code" and see what comes up.

Looking for tractors, eh? Who was that dumb lad who was found on Hampstead Heath "looking for badgers"?

I see that the fragrant Angela may have strayed too near the fire. There are rumours of a recording of her telling her "ginger g------" joke. The DM seems to be keen to continue the fray as Thursday's elections loom.

And more importantly, and leaving the shennanigans of the Westminster vermin aside for a moment, the other day died Yvonne Blenkinsop who did more in 26 days for the working man than taht lot have achieved in their entire lives.