The Chronicles of Ruin


BOOK ONE – A RUINOUS FEUD 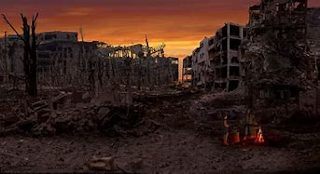 BOOK TWO – THE DOINGS OF A MADMAN 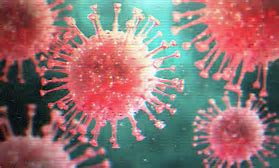 Am down and close, my stick very sharp!

Dear Mr oldrightie,
Please ensure that it is dipped in poo.

Ah, memories.... Life seemed a little more simple back in those dark days.

oh, mr mike, just when you think it can't get any worse, it does. Remember what it says on the tin - "Ishmael said....intelligence is knowing what to do when you don't know what to do. Anonymous said... When I don't know what to do,I come here. 10 September 2009 22:59" And we have miles and miles of mr ishmael's writings to comfort and entertain us.

Thank You Mrs I - I shall have a proper read of it tomorrow and generally catch up with latest postings. In the meantime I recommend this excellent Corona-Virus survival guide:

I like to think that Mr I himself would have enjoyed it!

Mrs I: if only Mr I would have seen the virus panic. His chronicles of doom were, if anything, an understatement. I feel like a sheep being driven through the gates to my slaughter. The medicine will kill the patient.

mr mike, did you ever read E.M.Forster's 1909 novella, The Machine Stops? Individuals live solitary in rooms, communicating only through The Machine. Needless to say, it all goes horribly wrong. This self-isolation and the closure of all places of congregation (libraries! Eheu) is a scary development. It feels like a massive over-reaction to this new illness. All the business continuity and contingency planning careerists are rubbing their hands gleefully - we told you so!The end is nigh!We know what to do! We have Plans!Now you will respect us! Get through that gate, sheep!

We are all gone mad, Mrs I. There is no antidote for our secular terror; the dread that we might not be saved by our buttons and screens has taken hold and if it is not the Coronabollovks then it will be some other Beast to send us scurrying into our burrows.

That's a densely-packed thought, Mr bungalow bill. Not panic- the fear induced by the god, but a secular terror, ripe for any awe-ful calamity. And is your Beast that of the Apocalypse? Do you suggest that this is the end of days? Could be, I suppose. Where is Neil Gaiman to write us out of this one?

No, I don't think it's the end of days, Mrs I; I think. though, that we have lost our bearings such that we cannot brace ourselves against threat, real or imagined.

Dear mr bungalow bill, perhaps we should adopt the sol-yu-shun of the planet Golgafrinchan and start work on the construction of a mighty fleet. A variety of stories were disseminated about the doom of the planet, such as blowing up, crashing into the sun, global warming, being eaten by a mutant star goat or the spread of a new virus. The Golgafrinchan Ark Fleet Ship B was filled with all the telephone sanitisers, account executives, hairdressers, tired TV producers, insurance salesmen, personnel officers, security guards, public relations executives, contingency planners and business continuity consultants, and sent forth to boldly go...etc, etc. Arc Ships A and C were never constructed, of course.

Mrs I: no I haven't read that, but will search it out now. Not yet locked down, Down Under, but it may come to that and having time to read again will be one compensation.

I hope you find it and enjoy it, Mr mike - remarkably prescient, and written as a counter -blast to HG Wells' Eloi/Morloch vision.

Hello Troops, are we all going as mad as I am. Rhona has me hunkered down with mrs ma nd the two female mongoslings. And it is only thee days in. The cats are traumatised by an excess humanity.

Mongosling Fils is wisely staying hunkered down elsewhere writing his final year thesis. Whether anyone will ever look at it and give him a mark he has decided is irrelevant. He wants to write it for his own sake, he says. We may have done a decent job with that one.

The bog roll crisis having passed, we now have a beer crisis. Not a can or bottle is to had. Crikey, I may have to sober up if this goes on. And there is no fresh meat to be purchased anywhere. I don't know why everyone is raiding the supermarkets like that but it is mighty silly.

The Boy Chancellor has decided to pay everyone's net-of-tax wages! I think, Mr Mike, that you may be right. This medicine may see the patient dying in penury upon the street, a wheelbarrow of worthless cash at his side.

Ho hum. I have though pruned all the roses, fixed the yard brush, mowed the lawn (twice), mrs I, thank-you, investigated the strange lift to the workshop floor platform, polished the oak floor throughout the house. I am running out of chores. Perhaps I'll take up brewing beer and kill two birds with one stone.

Topically, McDoom has pronounced, and everyone has ignored him.

mr mongoose, dear boy, in the absence of beer, it is time to broach your cellar and make inroads into the red wine. And, should that fail, white wine can be acceptable with fish, especially as you are finding supplies of red meat to be exhausted.It would be inadvisable to take to spirits, I feel, at this time, although a little single malt is always acceptable. In this part of Scotland, best part of England, there is meat to be found in the supermarkets still, and, should the worst come to the worst, we can raid the stoat traps, or become vegetarians, like mr ishmael. Living off the land is trickier in the cities, I grant you, although I understand you are never more than a few yards away from a rat.
I note that Gardener's World has returned to BBC, but here gardening is still cancelled, as it is bloody cold, with a nasty wind.
The thing about chores, as Christ could have said, but didn't, because He was a man,is that they are always with us. No sooner done than you have to set to again. If you are bored, turn to cleaning the windows. Inside and out.In extremis, you could clean the oven. But careful with that one. It is very depressing work.
I didn't post any new stuff this weekend because I've given Ishmaelia such huge chunks that mr. s.g. needed to take the weekend to catch up with his reading. I thought I'd cut him some slack - but Blogger tells me that there are over 1,500 unpublished drafts by mr ishmael.

I read that Vera Lynn is re-releasing the ol' White Cliffs. So all will be fine. Boris is doing his best Churchill impression.

I've just received a bulk order of wine that should see me through for a while. I have brewed decent beer in the past, Mr mongoose - worth a try if the shelves are bare.

Its been hot and sunny this weekend in Sydney. Beaches packed and the Govt threw a fit. I think your current post of the Books of Ruin may be prophetic, Mrs I. I just told Mr Pug we will not eat him whatever happens.

I am afraid, mrs I, that I foreswore strong liquor in 1991 on the grounds of possessing an unnatural and sometimes alarming facility in its consumption. So we just drink weak, thin, bitter beer, thank-you.

I may give the beer-brewing thing a go, Mr Mike, although I am not that sort of chap really. But I have no work, not an email comes here, nothing to do, and no prospect thereof. Indeed the good ship Mongoose Enterprises Inc has many a rock on its horizon if this goes on for a very long time. Fortunately my costs are currently between heavy commitments and I can put the immediate future on the long finger, and there are no employees to be beastly to. It is not a cheery sight though we still yet have the arse in our trousers.

Lock down begins tomorrow, I think. Essential journeys only, I expect.

Amazing how fast things change, Mr Mongoose. Just a few comments back we were discussing coffee in Hanoi. I started out thinking this was hysteria, now I'm having my doubts. The Chinese and Russian actions suggested they knew what was coming.

Mr mike,not only heartwarming, but a bit goose-bumpy and tear-jerking as the massive Russian plane taxis along the Italian run way and the officials wait with their masks in place. And the little bit of social jockeying - do we shake hands, bow or salute? Thanks for sharing the link.

mr mongoose, we have an editor! Editor Verge has been working very hard on an anthology for several weeks now, in a virtual collaboration. He is a bit overwhelmed by the sheer quantity of material and the selection criteria will have to be rigorous - problem is, I say that everything he comes up with is indispensable.

Many thanks to Mrs Ishmael and all those who are working to bring Mr Ishmael`s work to us. The astringent slap in the face he could administer are desperately needed these days. H

Mrs I: 14 giant planes with equipment and specialists have now landed in Italy from Russia. The shaking hands stuff: I read elsewhere that the Russian General was confident to be without mask and to shake hands because he had been immunised!! Also, little Cuba has sent 35 doctors plus nurses to Italy. Meanwhile the EU has done sweet FA>

mr mike, how just abso-bloody-lutely marvellous. It would be beyond wonderful if the Russians and Cubans could help out the US of A - but that's an irony too far, I guess.
mr mongoose, Editor Verge is an absolute treasure. He had been threatening mr ishmael for 10 years to pull together an anthology, and now that he has the go-ahead, he's diving in and out of 20 years of material, here and elsewhere, and surfacing with fabulous gems of wit, comment, irony, farce, scatological lampooning and gardening! He can't do the pictures, sadly, nor the music, for obvious reasons. Editor Verge put out a request a little while back for anyone who's interested in assisting to contact him.
This posting and comment thread are getting a little unwieldy, so I'll put up a brief posting to make access to the comment stream easier.