THE NEW SKY AT NIGHT, BBC.

It was cruel to the viewer, keeping Sir Patrick Moore in harness until death and seemed strangely unkind to Moore himself.

In the last few   years of The Sky At Night, Moore's ailing presence was merely totemic, younger, more able presenters running the show but deferential to Moore's dribbling,  bigtrousered,  incoherent presence, the show set in Moore's gloomy study, exteriors confined to his back garden. 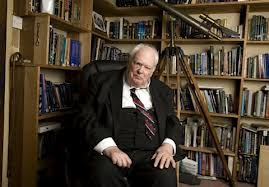 I never liked the horrid old Thatcherite redneck although he was widely regarded, indeed, seen as inspirational by many across the world but he was an old, sick man and should have been retired long, long ago.

The new show is brightly transformed  and brought into the daylight - enthusiastic young presenters, 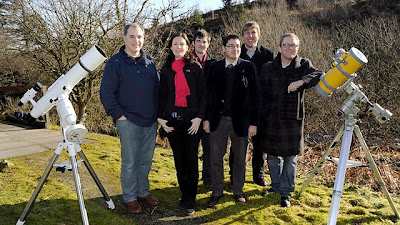 both fresh young scientists and geeky astronerds, in different locations, instead of the former dark, dingy,  creepy, spinsterly  Mooreishness of it all; watching The Sky At Night used to be like attending a sinister, eccentric mass, with Moore as a hulking, brooding altarpiece.

This month's show included an easygoing explanation - well, nearly - of  black holes, from the Astronomer  Royal and, remarkably, the revelation that there are StarCamps, tented groups of telescope and binocular wielding Starnuts which spring up in sites which have unique, stellar visibility, the Peak District was the site featured but apparently they  are all over the place; if, on clear cloudless nights, therefore,  you go  down country lanes seeking groups of parked cars, be mindful that you might encounter not crazy, diseased, exhibitionistic degenerates but  clubs and families gazing Heavenwards at the moons of Jupiter, a sight which , I was delighted to learn from this sparkling new programme, you can see with binoculars.

If only the PaedoBeeb would similarly overhaul its news and current affairs shows.  Must we wait for the death of the ridiculous old tart, Paxman, the grunting, transexual hunchback Wark, the underdressed, tottering Emily Stringbean, the Hereditary Dimblebums and the grotesque Andy Brillo.  I fear we must.

But do try the New Sky At Night; unlike the offerings of the relentlessly and ultimately overwhelmingly smiley Brian Cox, it  is a monthly blast of cosmic fresh air. 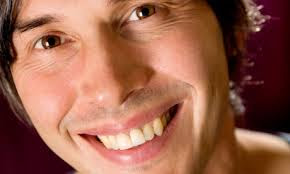 And it's all really, well, sort of  amazing.

Amazing it is, Mr Ishmael. Just sitting out, whatever the season, binoculars to hand for trying to glimpse Europa etc but mostly just drinking in the stars over an hour or two, noting their rise, a meteorite or satellite scoring the sky. I take a drink out and its like going to a celestial pub, clocking old mates.

Thanks, mr yardarm. I really should give it a go, living, as I do, in the fabled lands of the midnight sun and the Merry Dancers; stargazing all becomes a bit daunting when one also considers the strange knowledges of the ancients who built the stone circles and the chambered cairns which litter my landscape. Does me 'ead in, a bit.

Point of order - 'enthusiastic, young presenters' can go fuck 'emselves rigid in a marrow field for all I care - anyone (and with the approach of absolutionist resolve) anyone who's enthusiastic can go fuck reet off. The wankers. Get the job done or don't - it's a binary construct. Moore's age complimented by being bullshit proof - the ego had landed and smarts isn't the only game in town - make it interesting for it is intresting.

The new brilliant presenters don't remind me of Hull in the first semester but the feelings of deja vu after this glorious summer are so precise as to be on the wrong street - age is ace Mr Smith. Let us not appreciate its value.

-fail to appreciate its value-. Uuurrgghh!

I don't fail to appreciate its value. He was too old, mr dtp, too ill. And you know me better than to decry me as age-ist.

As for enthusiastic, it means - Theus - filled with God, and it is one of those words which I never use lightly. These guys are enthusiastic about their field of study, if they succumb occasionally to bullshit that's ok with me, as we say in the trade, A man who never made a mistake never made anything.

Patrick Moore was succumbing to Death and enfeeblement. Decency says it should not have been broadcast, Decency says that televising him to the very end WAS faiing to appreciate the value of age; truly, there is NO business like showbusiness.

Those worthles fuckers at the PaedoBeeb don't need your help, mr dtp.

It is slightly off-topic but don't you think that had he lived - and thus not been exposed - the PaedoBeeb would have continued finding vehicles for national treasure, Sir James Savile, right up until the moment of HIS death?

Moore's public dying was nothing to do with reverence for his age but as with Savile, just about ratings.

Have a look at the show, you'll like it, I know you will. To everything there is a season; Moore's was long past, as, one day, will be ours.

Steady! I'd have him as autistic and a bit of a perv but hold back a bit. Now John Virgo i've got notes - odious cunt par fucking excellance. Decency's a cherry on top - the last thing you think about. He seemed like a decent chap.

I wasn't comparing the two, mr dtp, just bemoaning the way the bbc hangs on to pastitsbest shows and stars.

I wasn't comparing the two, mr dtp, just bemoaning the way the bbc hangs on to pastitsbest shows and stars."

Sadly this is very true. Mainly because they they produce very few good ones. But then why bother when the money comes rolling in "by law", no matter what rubbish it broadcasts,

Most of my life, mr angus, I have supported the license fee but it has become harder and harder to continue and I expect that bullyboys Patten and Thompson will finally do for the concept of taxpayer funded public service broadcasting, from top to bottom the PaedoBeeb really is, by any interpretation of the word, filth. The odd arts or science gem which it produces amongst its huge catalogue of tawdry rubbish does not and should not redeem it.

The odd thing, Mr Ishmael, is that the quality of all commercial T.V. has nose dived and so the beeb has had less opposition/competition, and yet the Beeb, having had additional income from its "commercial" work, still seems to be interested in lavishing millions on senior staff and bullshit than it does in trying to uphold its raison d'etre according to Lord Reethe.

I have punned it before but it bears repeating that the legend above PBBC HQ never mind reading "Nation shall speak peace unto nation" shoud now read "Nation shall speak shite unto nation." And in the English-speaking world it is largely due to people at organisations like the PBBC slavishly folowing the filthy git Murdoch, soon, I hope, to be in Satan's editing suite.

the truth about the british broadcsting corporation is stranger than the fiction it spouts said...

i'm sure that many have mentioned before that the sculpture over the old entrance of bbc broadcasting house in portland place, london, would appear to depict a man molesting a boy, although apparently scholars firmly attest that the statue actually represents prospero nobbing ariel - however, eric gill, the artist, a self-confessed paedophile, is said to have originally created the work as god buggering man.

make of this what you will.

"as god buggering man."
The beeb is cetainly buggering the country!