MY GENERATION, TALKING TO THE DEAD.

You would think that a few minutes listening to  We Can Work It Out; From Me To You; Please Please Me; And I Love Her or any other of dozens of sparkling, fifty-year-old songs would be enough of a tribute to a dead ninety-year-old but no, not for the New People, the FlashMourners, the Necro-Babblers,
they've been out and about today, messaging, tweeting the dead, thanking Sir George Martin for his life. What the fuck's the matter with them? Talking to the dead.  He can't read the Guardian, filled with messages to him, and even if he could read I'm sure he wouldn't be polluting  his everlasting life with Oh-No-ing Twitterites.

I'VE JUST SEEN A FACE
That documentary was just broadcast again, George Martin and his missus and son in their country pile, talking about this or that aspect of their own perpetual Beatlemania; Fab Macca fabbing his arse off, like he does, in reminiscence with Sir George - Hey, and do you remember when John said this and I went like that and you were just like so out there and Linda was just like being  Linda, You Kno-o-o-w, like she did. He's the proof, Sir Paul, that a fierce musical intelligence can't be transposed to the real thing, not even with a string quartet.  But why should it, if everybody was as good at what they do as Paul McCartney is at what he does then the world would be a place of very different properties.

Ringo was there, too, guffawing with Sir George, although never in the same shot as Sir Paul, clapping his hands to illustrate the miracle of his drumming, looking every inch the luckiest man alive, which he is.

He always came across as polite and benign, did George Martin, with none of the bombast and hauteur of much lesser showbusiness people but I bet that inside he's a proper Mean Mr Mustard - utterly, eternally  pissed-off that it was the Beatles and  EMI who made all the money, and he didn't, and that after his years of patient tutelage and inspiration the ghastly moptops  took the Let It Be tapes from him and gave them to junkie-murderer, Phil Spector, for him to fuck them up. I suppose it's like that for a jobbing producer, dealing with a roomful of posturing egomaniacs,  especially a quartet of pilled-up psycho-Scousers, and there's a novel, a real novel in that relationship, a proper musician, polishing a beatgroup turd into a brilliant, dazzling  global enthusiasm.  Now that he's dead, maybe his missus will spill some  Fabster beans, about how he really felt.

As to the ubiquitous Fifth Beatlehood, conferred upon anyone who knew them and then died, leaving the newspapers scratching their heads for something to say, well, Sir George was only the third- or fourth- or fifth-Fifth Beatle.  There was Stuart Sutcliffe, often referred to as the FB but who was actually an original Beatle;  there was Pete Best, the original Beatles drummer sacked by George Martin, with, it must be  said, a fervent lack of loyalty from John, George and Paul, I betcha Pete isn't tweeting fond farewells to Martin, tonight; Mal Evans and Neil Aspinall, Beatles roadies and gofers, have both been called the Fifth Beatle, as has their Hamburg friend, musician Klaus Voorman. Brian Epstein, their manager,  who quite literally made it all happen for them, when he died he was called the Fifth Beatle. And now, Sir George Beatle. Be a pretty packed studio, wouldn't it, with all those Fifth Beatles.

The true fifth Beatle, of course, is known to all, and she joins us now. When her husband was killed a quarter of a million Lennonites descended on Central Park, New York, chanting and singing and praying and weeping, until Yoko complained that they were keeping her awake and would they all just fuck off; 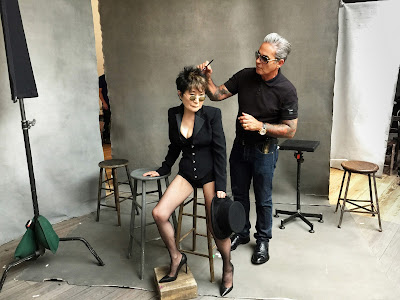 Yok-ho, too, is artist,
an' pwophet an' genius,
like Joh', only more.
To create new rock a' roh century
Yok-ho need sleep. 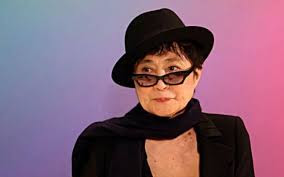 Look a' lightbulb, an' breathe, see, is art; screech-screech-screech, bang-bang-bang, see, is rock-ah-roh symphony. Yok-ho is work of art.  Joh' was quite good but Yok-ho is real McHoy. Is like Joh' say, evewybody go' somethin' to hide, cep' for me a' my mohn-key.

Man call George? Ah so, twiddle knob an' push butto'. Is no-one.
Fifth Beatle is Yok-ho. An' first Beatle, an secon' Beatle. Beatle is all Yok-ho. An' Joh.
But mainly Yok-ho. 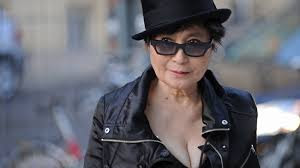 
That was Yoko Ono for us, there, at 84 years  young;
the original rock-chick,
still screeching after all these years.

NOT FADE AWAY
There's a lacquer you can buy for brass, stops it tarnishing.
George Martin sprayed some such over those early Beatles songs.
The chord structures and the harmonies are all their own, McCartney could sing - and eventually play - anything; Lennon, like Keith Richard, sang great harmony and the other two were at least adequate.
Somehow Martin wrought a coalescence, which although produced and engineered as far as then possible, retained and retains a smiling effervescence,  complex and deceptively simple;  George Martin was, accidentally, the greatest pop record producer of his own time and in my judgement he is too modest, the Beatles were extremely fortunate to have known him.  Martin wasn't a Fifth Beatle, he was far more important than that.

BABY, YOU'RE A RICH MAN.
Everybody did very well out of the Beatles;  their managers and publishers, their wives and staffs made fortunes, the quartet for a time were demi-gods, McCartney still is;  journalists prospered from Beatlemania and unlicensed retailers made fortunes from BeatleTrash and today I, among millions of others, still occasionally enjoy their early tracks, in between Byrd and Tallis, Handel and Beethoven. I listen up-close, on the laptop's soundbar, to sounds as fresh as morning dew. I buy the odd Anthology and rarity and in some sleepless nights, trawl youtube for filmed studio performance. New generations also buy into BeatleProduct  and most of this bonanza is owed to George Martin's toe-tapping, singalong knack and his personal dexterity in directing and assisting, for so long, a group of uncouths whose nemesis was writ large from the start.

I do wish he had jumped ship before the ghastly Sergeant Pepper destroyed rock'n'roll forever - or at least until Punk came along - but I only have to hear Hide Your Love Away  or I'm Looking Through You to joyfully forgive him that one lapse in judgement.
Seems fair, too, that he lived long, happily and prospered, dying among his family, largely untouched by showbusiness.

It only comes to about eight hours of music, the whole Beatles canon,  and both he and the surviving Fabsters have individually produced much more than that, but as far as most people are concerned they may as well not have bothered with any of that other stuff.
It was a phenomenon of the time, Beatlemania and there has been nothing approaching it since, in scale or impact; it was marketing, it was teenage hormones, it was non-deferential and pseudo-revolutionary but most of all it was the music,  the peg from which these other things hung.
Creating them, perhaps unwittingly, George Martin was the hidden face of the Swinging Sixties; it wasn't the times which produced the music, it was the music which, for good and ill, produced the times.
NecroBabbling at George Martin  online seems such a betrayal.

PUSSY WATCH. WITH UNCLE GEORGE AND HIS WONDERHAT OF ETERNAL YOUTH. 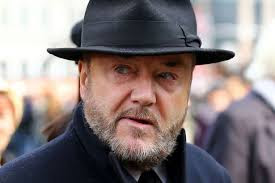 From the Filth-O-Graph clickbait section 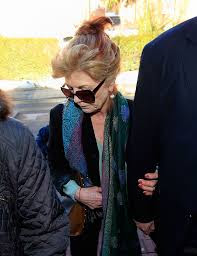 Rula Lenska flipped car with grandson, three, in back after shot of vodka with builders. Actress banned for 16 months after admitting drink-driving when she hit parked car after downing spirit with Polish builders to celebrate new fence.

(that's right, to celebrate a new fence; she'd be drunk for months should a new carpet arrive) 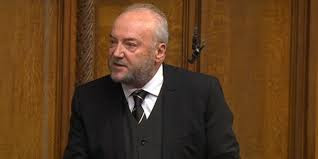 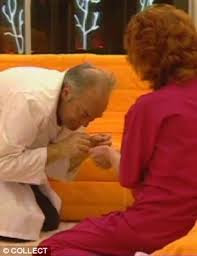 My Comrade!
My Co-Star! 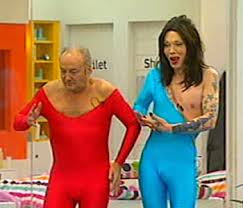 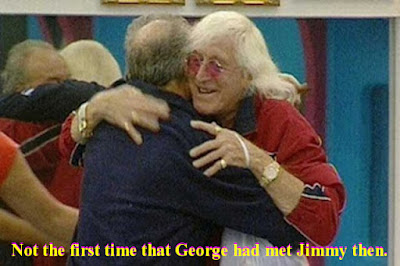 One of my many co-stars on the long march to Celebrity.
And Freedom, of course. 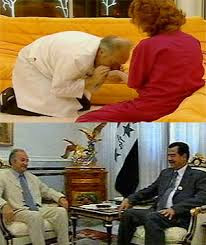 Rula Lenska, and his late excellency, Mr Saddam.
I salute your indefatigability! 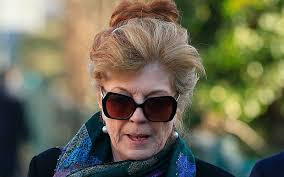 I salute your revolutionary pisshead-granny drunken driving  with a kid in the back heroism. 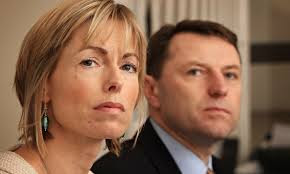 And we do, too.
And Granny Rula is the real victim here. I mean let's face it, who hasn't,  at one time or another, got pissed and taken an unsecured infant  for a drunken spin and turned the car over. It's actually the sign of an excellent grandparent. And maybe the Metropolitan Police should be tasked with investigating the Wimbledon Magistrates Court, sounds like they've developed some very Portuguese practices down there. 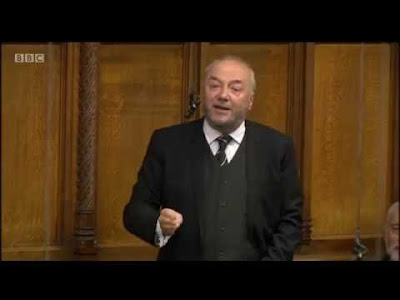 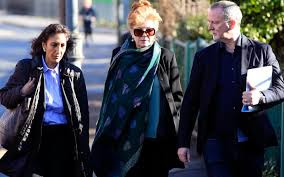 I love you, my flame-haired Polish princess! 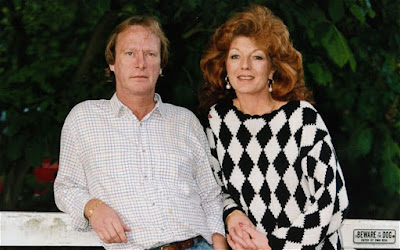 Cor, take it easy, George, me ole china,
weren't me driving pissed, I carn't even see over the bleedin' steerin'wheel, can I, that's why me an' my guvnor, Jack Reagan, always 'ad drivers, in the Sweeney, like, for the chases. An' any road, she ain't achelly me trouble'n'strife no more. So you 'ave 'er, if you fink yer man enough. I know I fuckin' weren't. Mad Polack dipso. 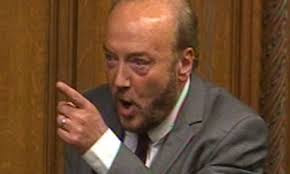 You can't sing! You can't act. You are a worthless. unmusical hatless, beardless dwarf!
Goddamn  you, Dennis Waterman!
I'll sue you, that's what I'll do.
I'll sue your worthless dwarf arse.

Everybody knows I am the most artistic ex-parliamentarian, the heir to John Lennon, the revolutionary thinkers' Bob Dylan. 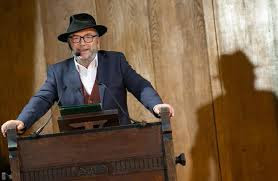 .........Nothing to kill or die for
And no religion too
Imagine all the people living life in peace, you
You may say I'm a dreamer
But I'm not the only one
(the phrase: I'm not the only one, is registered as being the intellectual property of Mr George the Hat. Although he very probably is.
The only one.)
But you, you are just shit, Dennis Waterman.
You were unfit to be married to my fiery Polish Princess and co-star. 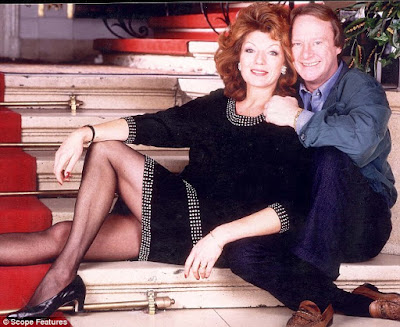 I would marry her myself,
if I wasn't already several times married. 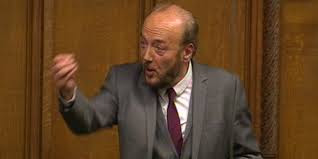 And Goddamn you, Coronation Street. 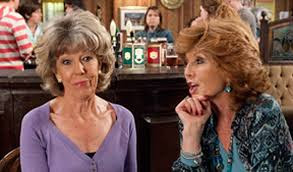 You people at Coronation Street, you're all women-hating homosexualists. It was you lot, Goddamn you, who led my Rula into the ways of the Infidel.  I, I, Imam George Mohamed el Hat, I  have never taken a drop of alcohol in my entire blameless life. 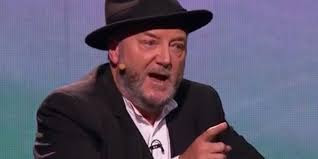 And Goddamn you, David Cameron, I call on you, from here, from the true People's Parliament, here, in Studio Sputnik of the Democratic Russia Today TeeVee Network, I call on you to end these show trials, to close these kangaroo courts, and without delay, Goddamn you, to appoint me to sit as Allah's Stipendiary Magistrate with two or three of my eminent Muslim brethren.  We'll show you what true justice means. 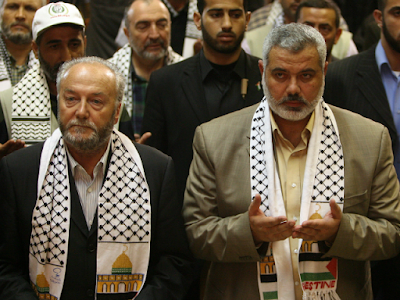 And tell me, brother, are there enough stones lying around the streets of London for us to administer proper justice to the filthy adulterous whore bitches?

Fucked if I know, pal.
I only travel by helicopter.
London Transport's all clogged-up with nig-nogs.
Posted by call me ishmael at 02:55 26 comments: 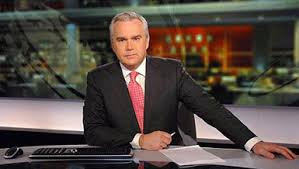 This is the Shocking Story News,  with me, Huw Welshman, and we can reveal to PBC viewers  the shocking story that people who go looking for sex online sometimes find that the sex they were looking for isn't quite like the sex they wind up having, isn't actually interesting and fulfilling with a caring, intelligent, dynamic attractive partner, mutually resectful with a partner fully cognisant of their expectations and rights but turns out to be vicious, painful, frightening and degrading. Or rape, to give it it's proper name.
Yes, this is the shocking news that lots of people who advertise themselves to complete strangers as lively and feisty and interesting with a gsoh and who agree to meet complete strangers can wind-up being gagged and beaten and raped.