PUBLISH AND BE SHOT. 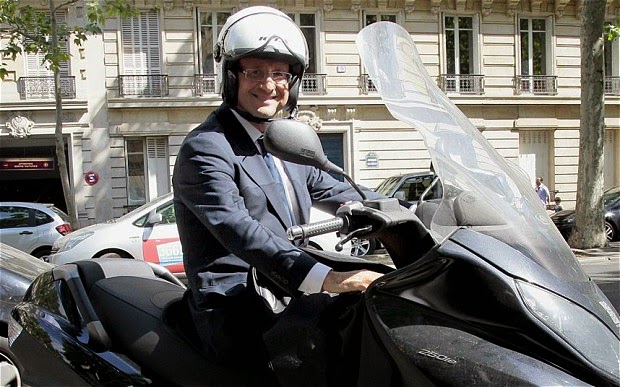 I 'ave come here, 'otfoot, as you say, on my scooter d'amour, from ze bed of a fragrant, young actress 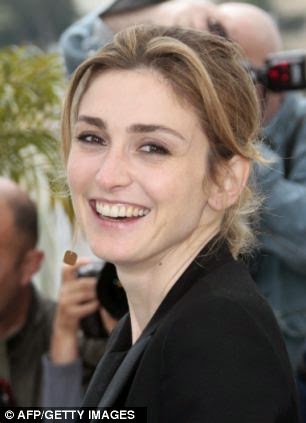 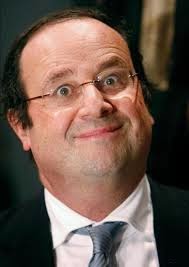 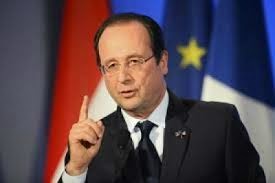 An' I promise la Belle France, zat I weel put away my cock-socialiste for at least a few minutes an' devote myself to making les soundbites most profound but actually mes amis, if zees people, zees so-called satiristes insist upon poking fun at people, 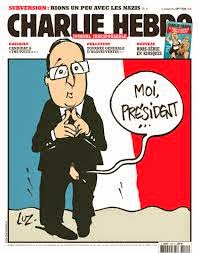 zen what do zay expect?
I could 'ave shot ze fuckers myself.
N'est ce pas?

And we are joined now by Jeremy Knob, from le Place de la Concorde, Jeremy, what can you tell us? Is anybody tooled-up? 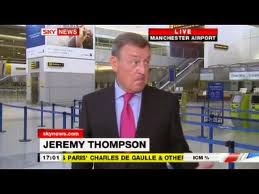 Well, fuck all, actually, Kay, that's what I can tell you. I'm just standing here, waiting for the voice in my ear to tell me what to say.... 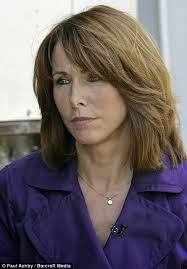 But aren't all the police all tooled-up? 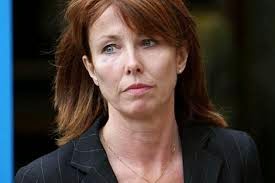 Well I can see some police, here, on my screen and they all look very heavily tooled-up. Can you tell us how many dead Frogs there are?

Well it's only about a dozen so far but others may die yet and of course the mossies might   kill some more, if we're lucky.... 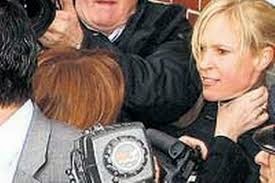 Are all the French men tooled-up, bitch?

Well, Jez, we are just about to have a moment of silence. No. no, course not, it won't apply to me.
But thanks, Jez, and just stay there becuase, while everyone else is silent  we are joined by Mr Ian Hislop of the PBC.

Ian Hislop, you used to edit a satirical magazine.... 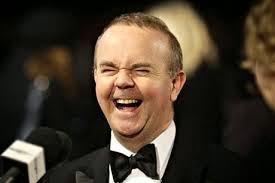 That's right,  Kay, but as an Oxbridge Tory boy I now have a job for life at the PBC, what with my  ancient but still cutting edge show, 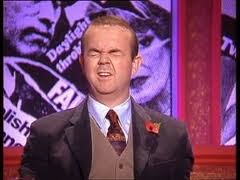 Everybody at home, c'mon now,
laugh along with the drunken studio audience, as we make jokes that have been all over the web for weeks.

Have I Got Stale News For You, my programmes about World War One and my inexhaustible series about railways. 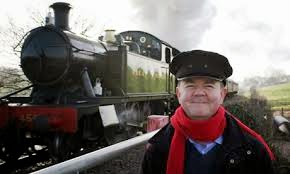 Yes, Private Eye, edits itself, really, just as well, doncha know,  because I don't have time for it. 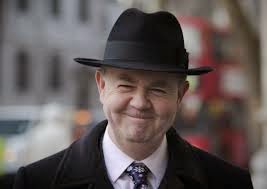 Gotta pick a license-payers pocket or two, what?

Print anti-Muslim stuff in the Eye?
You must be fucking joking, I have a very comfortable lifestyle, thank you, mixing with ministers and celebrities. Why would I jeopardise all that? Establishment's licensed fool?
A load of public schoolboys teasing their chums?
Well, if you like.
It's a dirty job but somebody's gotta do it.
Thankfully, not me.

And it's over now to the leader of UNUT.
Mr Sid Faridge, what's your take on all this? 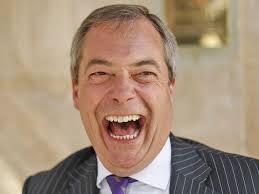 That was Sid Faridge for us, there,
sharing his thoughts on the events in Paris. 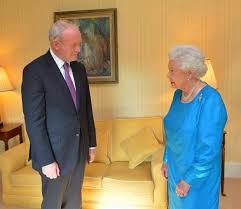 Aye, well, there's no place for terrorism, so there isn't, none at all. And we in the IRA condemn it totally and absolutely, so we do.

The Duke of Edinburgh and oneself extend our deepest blah-blah-blahs and thank Allah that the attention is now diverted from one's son, the Duke of Filth.

It's certainly a bit rum, to be sure. Lord Farage of Pub said that it's a bit of a failed experiment in multiculturalism and has been rounded on by Shapps & Jowell for scoring political points in a crisis when they're doing exactly the same thing. Crikey - the level of political debate doesn't really shake the rafters at all and now that we're in election mode it's just going to be repetitive drivel ad nauseam for 4 frickin' months!

I see Dave was too busy electioneering to chaif COMA, leaving it to Tracey May; she'll have time on her hands, now that she's ditched the paedo enquiry, mangy old tart.

I hadn't seen Sid say that, mr dick, just assumed that would be his line. Maybe he'll form UKIPEurope, with LePen and Gestapo Nouvelle.

Grant Schitts and Dame TessaMortgage, Jesus, that pair attacking Sid. What happened to honour among thieves?

Makes me chuckle,The last time I saw grouping like that on a windscreen was when an isreali soldier stopped a hijacked schoolbus.How come as well the professional looking Cinderella gunmen had time to pick up a plimmsol,but no time to get his P60 out of the glove compartment when they changed cars?

Je suis Charlie, yes that'll show these "highly trained" nutter brothers and teach them that they can't get away with just wandering into a building and shooting whoever they want. It's a war of civilisation, an apocalyptic clash in which we are all involved and none of us must shirk our duty to come out with the most ringing, sentimental platitudes we can muster when Real Live Death News sticks a microphone in our tear stained faces. It's the only language these psychos understand.

Meanwhile, it turns out that the desperadoes have been known on the terrorist circuit for ooh 8 years or so, no reason for the Keystone Gendarmes to keep a close eye (assuming of course the shooters are who we're told they are, no guarantees there). Nice to know that Europlod are as fucking hopeless as our crowd.

Anyways, no surrender and all that, let us be united in our unity and unflinchingly steadfast in our shoulder to shoulderness.

And one of them was in school at the time - with an unfortunate number of witnesses. Oh dear. This could get ugly. I do hope that the Birmingham Six have alibis this time.

...wouldn't "sommes toots Charlee" be a better slowgun? Collective over individual etc. Either way every time I see it all I hear is Robert Duvall's mad colonel barking "Charlie don't surf!"

The important thing is that it will empower globagov to keep an ever closer check on us all and bomb, imprison and torture ever more wogs, n'est ce pas? And coincidentally to rid the French elite of a pain in the arse. Tres bon, all round; toutes sommes les right Charlies, indeed.

I stopped watching ages ago, irritated at the choir of platitudinising citizens, all bleating the same brainwashed script, as though they were one step away from being discovered and winning an Oscar.

It is unnoticed now but only a few months ago the Boko Haram schoolgirls - all 400 of them - disappeared into slavery. The story is as old as any god and is just men-at-arms overpowering poor people for the profit of gaffers unseen. All is today focused on a dozen French casualties, and I mean no disrespect, and indeed the opposite. It is beyond me why every newspaper in the world did not this morning carry a front-page cartoon of the prohphet throwing down a Kalashnikov saying "Not in my name!" (Or a better idea.) It is not that difficult, is it? Unnoticed too! The Nigerian town of Baga was burnt down yesterday with the loss of maybe 2,000.

I have re-revised my view about it all though and it is, so it is, the Islamic Reformation but started by idiots who didn't want it. It doesn't really matter that a couple of poor kids in Paris went tonto - doubtless egged on or conditioned by older, wiser, and more despicable, bastards who we will never hear about. It does not even matter that the luvvies of the media are crying into their Chardonnay this evening and bleating about the "freedom" of the Press - that that they had previously not been troubled about this half century. David Aaronovitch! Dear, dear. That the penny should clang so late and so tunelessly into the piss-pot.

What is it all for? Is not Isis just the Terror of France's unshackling from the elite. And England's chopping off of the head of a king unable to square the political circle of God's Will. It is all surely the erosion of "Thou Shalt". Where though are the leaders of the new Islam? Who iwll be brave enough? It does not seem that there is anyone too keen to stand at post. Until there is, we will see hate and horror but perhaps less than we worry about. Yesterday though was as bad a step as the fools have made this last couple of decades. The stupidity of terrorism is that the scale inverts unseen. It's about contrast. Kneecaps could get some consultancy dollars earned, I reckon. "Sure, haven't we been doing this 800 years, so we have. And we still haven't won. Oops!"

Bravo.
On every level, mr mongoose, this is anomalous. We didn't have all this stagey hoo-hah at the time of the Birmingham bombings, did we, people falling over themselves to be interviewd by that poisonous crow, Kay Bully or even worse, Emily Maitliss, jetted to Paris at my expense, as though the PBC didn't have any reporters there, already. We didn't have hacks all over the world wetting themselves in solidarity with a load of dead wanky scribblers. As you say, it is a dozen people, was a dozen people, a dozen nignogs are killed every hour with the connivance of la Belle France, we don't see lines of Frogs marching up and down tearfully, mouthing, Je suis Sambo. Fuck, no.

I saw Dave Smugovitch and Kirsty and the two harpies and I felt, on my cheek, the hot breath of the Jihad; a quartet of utterly, utterly worthless prats, a waste of carbon and oxygen, prattling, funded by you and I. I have loved the PBC for most of my life but with the noncing and the Warking it is time it was no more, filthy, stupid, useless fucking bastards, scum, entitlementistas.

They are good analogies, the English Civil War and the French Revolution; watch that some ignorant hack dies not purloin them for his own, they do that, skymadeupnewsandfilth.

Kneecaps and Gerry the Nonce do do that, Conflict Resolution, they call it, skills learned over the spilled enteails of working class Brummies, sold to despots and sadists, like themselves.

I wonder what these weeping, gobby Frogs would have made of thirty years of the IRA, they would have held hands, surrendered and drawn cartoons on social media.